The Guardian's comment could be cheap, or brand-funded, but free? 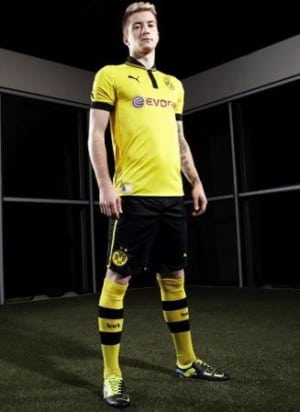 What do Optus, Telstra, Emirates, Foxtel, Hilton and Suncorp all have in common?

They all, via trading desks, took a punt on The Guardian Australian website launch yesterday, lured by its two thirds male skew, higher-earning, affluent, AB, educated readership.  At least, they were the ads served to one observer loosely within that bracket.

But no local advertiser seems to have taken up The Guardian's branded content options. Still, that was day one. The publisher promises a unique approach to brand partnerships. In the UK the news outfit has served brand-funded content for some time.

Sport has been a rich seam and advertisers including Etihad, Sky Sports and Puma have taken advantage of a highly-engaged, sticky audience that returns time and again to articles that allow comments.

'Comment is free' is one of The Guardian's core slogans. But it could be an even better earner for both brands and the publisher if it could be better monetised. The question is, would readers take it? Well, with paywalls going up everywhere else, maybe they would.

While some commentators reacted scathingly to the Etihad plug in the interview with then Manchester City boss, Roberto Mancini, others understood it was one of the ways in which The Guardian kept its website free to use.

And although moderators removed comments that suggested the article was a puff-piece and that Etihad may not be their airline of choice, other commenters accepted it with witty good grace.

Given that The Guardian knows who is commenting (as users have to sign in to comment) why not serve users ads that are more relevant. In fact, why not serve them beside their comments? It could use technology - similar to that recently deployed by Twitter - to mine comments for keywords and serve ads alongside individual comments.

Those that didn't like the ads could pay to avoid them. Perhaps something worth considering should The Guardian launch its premium subscription app here.

Within the male-dominated realm of the football blogs, it would probably create more comments from users incredulous at what they have just been served. It would likely lead to some competitive and creative attempts to skew the type of ads and mess with the targeting algorithms.

And it would infuriate some. These are the same users that organised a strike of the blog section when The Guardian moved to a nested comments model. Some 4,500 of them have since downloaded fixes for Chrome and Firefox so that they can comment in the way they have become used to, perhaps even dependent upon, over the last decade.

Or maybe The Guardian could just rethink 'comment is free', moving perhaps to 'comment is cheap'. Users could pay, say 1 cent per comment – literally putting their money where their mouths are – to avoid ads.

But ultimately, whatever the online paper did to keep the service free, users would probably take it, because they like the feel of the place and hanging out online with their peers. That's an opportunity for both advertisers and publishers. It just leaves the small question about comment being free.