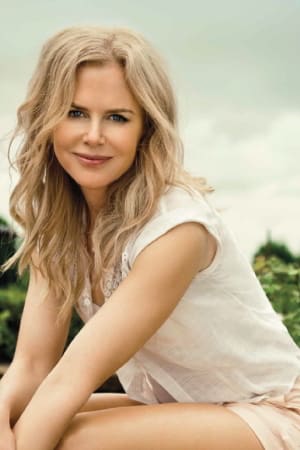 The ABC will defend a defamation action brought by Avni Sali, the father of the CEO of vitamin giant Swisse, after an episode of The Checkout. Separately, the producer behind the show Nick Murray has slammed Swisse for spending millions to market "placebos".

Avni Sali has brought the defamation action after the inaugural episode of ABC program The Checkout took aim at vitamin brand Swisse. The edpisode looked at Swisse's advertising claim that one of its products had been “independently tested”, then questioned whether this could be the case when the “tests were partly paid for by Swisse … [and] one of those testers just happens to be the father of the CEO of Swisse”.

Avni Sali, who is the founder of the National Institute of Integrative Medicine, has brought the claim for defamation. In a writ filed with the Victorian Supreme Court and seen by AdNews he has stated: “The program was meant and was understood to mean that the plaintiff performed clinical tests ... and then manipulated the published results for the commercial benefit of Swisse.”

The action has been brought against the ABC, executive producer of The Checkout Nick Murray, fellow EP Julian Morrow and presenter Craig Reucassel. Nick Murray said: “We are going to vigourously defend the claims.”

The ABC has released a statement saying it is "preparing its reponse to the claim but stands by the broadcast".

“Thye have acted like bullies. It's really sad they get off on humour like that. It's fine to go after organisations, but to go after an individual and turn it into comedy, that's really sad.”

The ABC's Murray would not comment on the defamation action except to say that a defence will be filed. He said: “We made claims on the show, those claims were accurate. We'll be defending the action.”

He went on to criticise Swisse and its marketing tactics. He was at pains to point out that these criticisms were “separate from any defamation action”.

“Swisse is being very aggressive about complaining about elements of the show,” he said. “They think that it's OK for them to market products that don't work. They complain about comments we've made which are correct.

“Swisse is attacking the show through the ABC complaints process, and we disagree with everything in those complaints.

“Swisse is a wonderful marketing organisation. It is great at marketing placebos. They must have a thick enough skin when someone makes a legitimate comment, and they should swallow that.”

“We are very well regulated," he told AdNews. "Before we advertise, we must present to a delegate from the Therapeutic Goods Administration to approve that advertising.

“This [defamation action] is not about Swisse, it's a thing against my father, it's a personal matter. It's a shame they are trying to beat this into a media frenzy for ratings. It's a shame taxpayer money is going into the show.

“We are a health and wellness organisation, not a marketing machine.”

The ABC's statement read, in full:

"The ABC can confirm that on April 26 defamation proceedings were brought against the ABC, Craig Reucassel, Julian Morrow and Nick Murray re: a recent segment on ABC1’s THE CHECKOUT.

"The plaintiff is Professor Avni Sali, father of the CEO of Swisse Vitamins.

"The proceedings concern a segment on Complementary Medicines which aired in Episode 1 of THE CHECKOUT (TX March 21 at 8pm on ABC1).

"ABC is preparing its response to the claim but stands by the broadcast.

"Craig Reucassel said "We look forward to these claims being independently tested in court."

"Julian Morrow distanced himself from Craig's comments for legal reasons and because he wants to star in a Swisse advert one day.

"No further comment will be made at this time."