The Checkout has another pop at Swisse, moves in for the krill 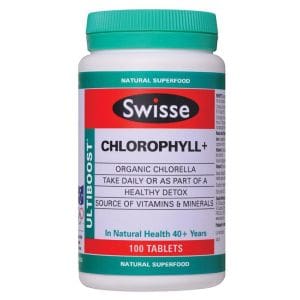 The Checkout took aim at Swisse again, twice, last night – despite a looming Supreme Court defamation lawsuit brought by the supplements company against the ABC after its last attack.

The Checkout pointed to the label on the supplement, which states the “optimal” dose is 18 tablets a day – which, if taken daily would amount to an annual bill of $1,700.50.

University of Sydney haematologist Professor John Rasko was unimpressed. “That's like saying that because water and vodka look the same they have exactly the same effect," he suggested.

The closing remark from The Checkout? “Chlorophyll: it's important for plants, not people.”

But there was more to come. The programme's F. U. Tube segment, hosted by The Chaser's Craig Reucassel, had Swisse's – and other supplements manufacturers' – wild krill oil in its sights.

The blanket brand criticism was two-fold – that the bottles are only about half the size of the boxes they are packaged inside, and that the evidence that wild krill oil actually benefits many people is questionable.

Reucassel said: “There is fairly consistent evidence that fish oils have an impact on pain for rheumatoid arthritis, but when it comes to the far more common osteo-arthritis, the evidence is circumstantial at best.”

The defamation lawsuit against the ABC by Avni Sani, father of Swisse founder Radek Sali, awaits a hearing at the Supreme Court of Victoria. An application by the broadcaster to have the case thrown out was turned down last August.