The Block builds highest ratings yet 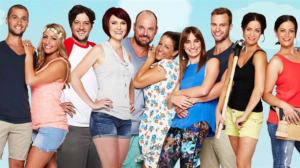 Nine dominated the ratings battle last night with the three most watched programs, led by The Block with its highest 2013 audience of 1.65 million metro viewers. Both 60 Minutes and Nine News also attracted over 1.5 million viewers.

The reality renovation show lured 1,653,000 metro viewers last night with its room reveal episode, according to preliminary overnight ratings from Oztam. This is the highest audience yet for the format, which has rated an average of 1.6 million four times since its debut in mid-May. Its series average so far is 1.3 million metro viewers.

The debut of Network Ten's MasterChef: Italian Week anchored a solid 800,000 metro viewers - on par with its average audience so far this year. Elementary attracted an audience of 780,000, while a repeat of Modern Family had 598,000 viewers.

Meanwhile, Saturday night saw the Lions versus Wallabies live first test match attract 869,000 metro viewers on Ten. It was the fifth most watched program of the night. The game's pre-match and post-match games secured 531,000 and 470,000 metro viewers respectively. Fox Sports, which simulcast the game, had an average audience of 397,000 viewers.

Seven however was the winner of Saturday night with 1.1 million viewers tuning in to its News program.