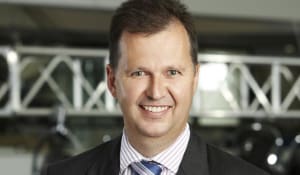 Marquard joined the network last year as commercial and legal director. Prior to Ten, he was at Premiere Media Group for 13 years, most recently as chief operating officer.

He has replaced ten-year veteran Kerry Kingston who resigned following the relocation of the COO role from Melbourne to Sydney. Kingston will finish up in April.

Kingston said: “It's not possible for me to relocate to Sydney at this point in time. After ten great years at Ten, it is a good time to try something different. I will take some time off, spend time with my family after a hectic year, and then look for new challenges.”

McMaster takes on the newly-created role of chief marketing officer after a stint at Aegis Media Pacific as relationship director. Both Marquard and McMaster report to Ten chief executive James Warburton.

Warburton said: “Jon's promotion and Tony's appointment are important steps in the re-setting of our management team. I'd personally like to thank Kerry for his important contribution to the company over the past decade and wish him all the very best for the future.”