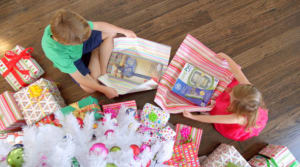 Target "All Things Christmas" campaign by The Campaign Palace.

A spokeswoman for the company confirmed the move to AdNews. She said the appointment does not necessarily spell trouble for The Campaign Palace.

“We are always utilising the skills of different partners for different areas of the business,” she said. “The Campaign Palace and Big Red are just two of many suppliers we use in marketing.

“Big Red have previously worked with other Wesfarmers businesses and Target has recently utilised their marketing services for the first time.”

Big Red already works on the Wesfarmers-owned Coles brand. The agency was appointed to the account last year, to work alongside DDB. However, DDB was later dropped from the roster.