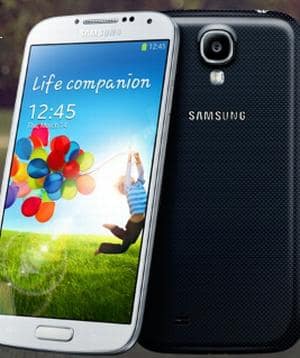 If you think mobile is still something to put in the 'too hard' bucket, think about these stats. Smartphone penetration has reached 65% while one in three YouTube videos are now watched on mobiles, according to Google.

The latest Google's 2013 'Our Mobile Planet' research was wheeled out for a detailed sneak peek at last night's Youngblood and NGen 'Mobile Generation' event. It expanded on headline results released by Google on Monday. The insights from Google's research painted a very clear picture: mobile is a dominant platform that can't be ignored by marketers.

Google head of agency, creative agencies, Brendan 'Bob' Forster told the gathered crowd clients often put mobile in the too hard bucket because they feel they don't know what to do with it, but consumer behaviour is outpacing brands.

Australia's smartphone penetration rate has maintained its momentum, now at 65% according to Google. It's up from 52% in 2012 and 37% in 2011. Of those smartphone users, 41% said they perceived increased usage of their devices over the past year.

Seventy-two percent of smartphone owners watched video on their mobiles while one in three YouTube videos are being consumed on a mobile.

One in four Google searches are coming through a mobile with 58% of those surveyed searching on their smartphones daily. Sixty-eight percent of people have searched product information.

The average smartphone owner has 33 apps installed on their device, with 11 of them paid apps. In the last 30 days, the average owner has used 12 of their apps.

While the perception of smartphones is that it is an on-the-go device, 96% of owners reported using it at home compared to 82% on-the-go. Seventy-seven percent of people used it in-store.

Forster was quick to warn the NGen-ers and Youngblood-ers, who were overwhelmingly iOS users that adland is not representative of the wider population where Android devices now account for 50% to 52% of the market. “Don't just recommend iOS to your clients because you're missing half of the market straight off,” he added.

He said clients often don't see the bigger picture when it comes to mobile and ROI because they don't consider all the factors. For example, contended Forster, if a brand doesn't have a mobile site and the consumer has a bad experience, people will switch off from that brand. Forty-five percent of Australian brands don't have mobile-optimised websites.