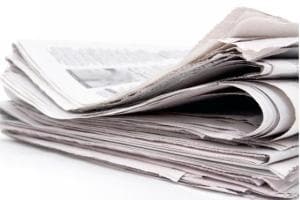 Advertising spend across Australia's main media has grown 3.6% for the financial year to date, compared to this time last year.

There have been positive booking gains for cinema and outdoor, as well as TV and digital.

Outdoor and cinema also demonstrated strong growth, with bookings rising 5% to $512 million and 12.4% to $55 million respectively.

It is also good news for radio, where bookings rose for the financial year to date, compared to last year, by 2.5% to $395 million.

But it is still bad news for newspapers and magazines. Compared to the financial year to date in March 2013, total bookings for newspapers are down 17.3% to $632 million. For magazines, that figure is $213 million – down 16.8%.

Advertising spend across five of Australia's main media last month fell short of the same period last year by 2.4%. The total spend for March 2014 was $621 million, compared to $637 million in March 2013.

Media agency bookings for radio, magazines, outdoor and cinema were also lower last month compared to March 2013, according to the latest data from the Standard Media Index.

Subscription television ad bookings also dropped by 7.6% to $34 million, but bookings for metro TV rose by 3.2% to $222 million.

It was also better news for the digital sector, which grew across the board. Digital display advertising increased by 9.9% to $90 million and search rose by 2.4% to $23 million.