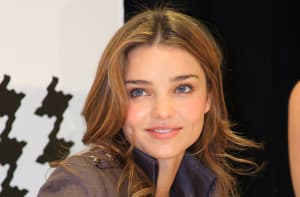 Australian model Miranda Kerr has been appointed as Qantas' new brand ambassador, in a move that aims to repair the damage that hit the company last year.

Qantas CEO Alan Joyce said: “Miranda is one of the most photographed and recognisable people in the world. Apart from her work commitments as an international model and businesswoman, Miranda will now represent Australia's premium airline.”

“Miranda will make an outstanding contribution to the airline, the brand and its global reputation for premium service and excellence.”

Kerr said she was honoured to be chosen as a Qantas ambassador: “I grew up with Qantas which is such an iconic brand. I'm proud of my Australian heritage and I'm so excited that I will now be able to represent Australia's premium airline around the world.”

Have something to say? Send us your comments using the form below or contact the writer at erinsmith@yaffa.com.au