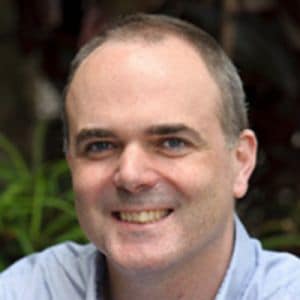 Nine has created a standalone data division in a bid to take on the likes of Quantium. The unit will combine data from Nine's digital assets, roll it in with Roy Morgan data, and sell it to agencies, marketers and even rival publishers.

Richard McLaren, former data and services managing director at Mi9 will head up the Tipstone unit, which Ninemsn boss mark Britt said would "be at the $30m-$75m range on revenue" within three to five years "if we do a good job.... if we don't, we wont."

The aim is to sell the information, largely from log-in data, to agencies, and businesses outside of media, and compete with the likes of Quantium, which Britt suggested was the only other significant player in the market. Roy Morgan CEO Michele Levine said that while Quantium used Roy Morgan's data, it was at a basic level. "This is the first time Roy Morgan data has been hard-wired into the system," she said.

Britt refused to break down where the data came from, other than that it was drawn from across Nine's digital assets including "Ninemsn, Microsoft and some third party sources". The company claimed it had some 14.5m Australian IDs. That volume, claimed McLaren, meant that only Facebook in Australia came close in terms of numbers, with Google around half that level.

Britt claimed that scale was what would set Tipstone apart in the market. "The difference NEC has, and combined with Roy Morgan is that it operates at scale. We can see a sample of almost everybody and can match it to insights." That is where publishers such as Fairfax and News "with 200,000 to 300,000 [log in] customers", he suggested, could not compete. "Ultimately we see News and Fairfax as customers".

Britt said that he was an admirer of Quantium's approach - that is "a consortium of multiple players that have created a very rich data set", and McLaren said Tipstone would seek out further data partners. McLaren said he was confident that, within six months, the unit would have the "mechanism to sell data to selected partners to enable them to use portions of this data in a programmatic fashion.

The  unit starts with seven employees from Mi9. McLaren said it would aggressively recruit to a headcount of 25 within 12-18 months.