News will 'rue the day it parted with Kim Williams' 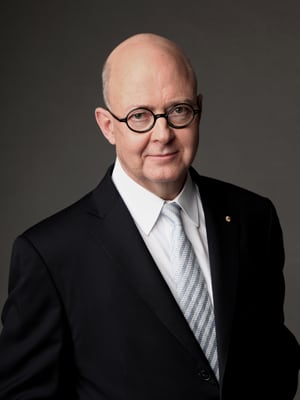 Sluggish year-on-year digital growth by News Corp in comparison to Fairfax will lead the Murdoch-owned company to "rue the day it kicked out Kim Williams", reckons one local analyst.

Steve Allen, of Fusion Strategy, pulled no punches in response to today's ABC circulation figures, delivering a broadside on the publisher's strategy.

“News will rue the day it kicked out Kim Williams,” Allen told AdNews. “He was the catalyst for a dramatically accelerated digital future.”

He described Fairfax as the “shining light” of the digital publishing world.

“If you are going to embrace digital like Fairfax has, you need to say to the consumers 'have it however you want – if you want to consume the hard copy or the soft copy, that's fine',” said Allen. “Fairfax, more than any other publisher in the world, is totally neutral between print and digital. All the consumer has to do is subscribe. Off the back of that, there is always a chance that more consumers will want to take the soft copy.”

Fairfax has lost more print readers, year-on-year, compared to News. Allen commented: “Don't forget that Fairfax has gone from broadsheet to tabloid in that time, so there is some washing through.”

He added: “But for the long-term viability of the print product, Fairfax had to look at not only profitability but also critical mass. It's a balancing act.”

On News Corp's digital challenge, Allen told AdNews: “News is in a different position. In Sydney and Melbourne it's a tabloid populous, and it's our point-of-view that populous tabloids will never produce the kinds of digital subscriptions that quality morning newspapers produce.

“Nearly all white collar workers have smartphones and iPads, and they are using them all day long. Most tradies do now too. But still a large part of the audience is not embracing digital.

“The Daily Telegraph and the Herald Sun will never get the digital uptake that The Age and the Sydney Morning Herald get. The Courier Mail and The Advertiser sit somewhere in between. But News Corp is not meeting the challenge in our view. Yes, it has  a slightly different challenge, but they are still not meeting it.”

WA Newspapers has “heads in the sand”

“WA Newspapers is burying its head in the sand,” he said. “It is trying to stave off the inevitable. A management that resists what the consumers want is not really consumer-focused.”

He believes there is no reason why it can't be a digital success. “We would say that the West Australian is far closer to the style of Fairfax journalism in the SMH and The Age,” said Allen. “They have never had tits and bums, and they don't write outrageous front page headlines, it's a quality paper. But saying that the West Australian is different from the rest of the world and the rest of Australia is nonsense.”

The impact of not embracing digital will hit the West Australian hard in the next couple of years, Allen predicts: “They have had the tremendous mining boom, but as they come off that in the next two to three years it will hit hard. In the next two to three years, circulations will really start to come off by double digits. If they don't have a digital subscription model in the marketplace by then, they will be in the shit.”

News Corp declined to comment but it is known that the publisher is investing resources into building out app versions of its mastheads.

The publisher last month launched a new app version of The Australian as the first of its mastheads out of the blocks, and is currently investing marketing dollars to drive uptake.

"Our Australian teams are about to embark on a fresh campaign to show the value of our platforms, including the potency of print to advertisers. In a world [of the] the e-ephemeral, the affinity and intensity that comes from a trusted brand and a deep reader relationship are currently undervalued asset," he told an analyst call on its third quarter earnings.

It is likely the creative for the campaign will be undertaken by Archibald/Williams or AJF, the two agencies remaining in the running for the consolidated News Corp advertising account.

It is also thought that while digital subscriptions are behind its major rivals, that News Corp is experiencing significant growth in mobile traffic.

News Corp Australia CTO/CIO, Tom Quinn recently outlined the impact of mobile traffic on News Corp's back-end, and the push to the app-environment at the CeBIT conference.

"Consumers are now innovating faster than businesses," he said. "Unless we are quick, we're dead."