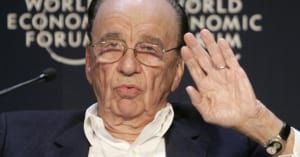 EXCLUSIVE: News Corporation will pitch out its consolidated Australian media account worth over $100 million in billings in coming weeks, with the business to potentially be split into multiple accounts.

For the past year, the industry has been whispering that Rupert Murdoch's New Corp media account will be put out to tender in Australia, but now it's a certainty, with a request for information (RFI) to be sent out in the next couple of weeks.

Wholly-owned News Corporation companies spent an estimated $59.5 million on main media in the 12 months to April 2012, according to Nielsen. Meanwhile, Foxtel, which is 25% owned by News Limited, 25% owned by Consolidated Media and 50% owned by Telstra, spent $46.5 million in the same period.

In other words, the consolidated media buying account, which includes Foxtel, is worth $106 million in terms of billings.

The consolidated account will be split into different components, with agencies given the chance to pitch separately for different businesses.

Both Foxtel and News Limited will be pitched separately, but may still stay with one agency. Meanwhile, it is yet to be advised whether 20th Century Fox will be involved.

The pitch will be a closed process, in the hunt for a master media buying agency or agencies. Publicis Media will be part of the process.

Sources have suggested different business entities have been unhappy with the consolidated situtation, as marketing influence shifted depending on each division's individual media spend.

Rupert Murdoch recently revealed New Corp would be split into a publishing company and a media company, but the majority of the Australian business was to stay as a single entity. Despite this, the media buying will most likely be divided.

While Publicis Media handles the master media contract, a number of other media agencies handle strategy and planning aspects of the business within the newspaper, magazine and digital businesses owned by News Limited.

While an RFI is set to hit the market shortly, one source said: "You can't be entirely sure when it will hit the market. They've been pushing this off for a long time."