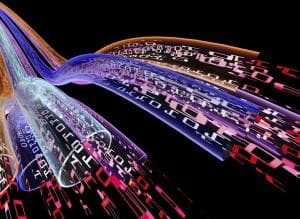 As the geeks will inherit the earth, “coders are the new rock stars" and there will be "an attack on talent in the next three to five years like we’ve never seen",  Mondelez has warned.

No longer are the propeller heads huddled in basements staring at reams of code on screens. If you can think like hackers and coders think, you are the key to both corporate and start-up success, according to Mondelez head of innovation Bonin Bough.

Bough, vice president of global media and consumer engagement at Mondelez, talked up “hackonomy” at the launch of Mobile Futures Sydney, the FMCG firm's mobile start-up accelerator. He said while hacking is used to thought of as a bad thing, now it's about solving problems in ways that can change the culture of an organisation.

“Big organisations have a big challenge to learn how to pivot and develop the cultural DNA to work with start-ups. There will be an attack on talent in the next three to five years like we’ve never seen,” he said.

However, that doesn't mean those able top offer the biggest pay packets will win the war.

“It's not about hiring your way to talent, it's about creating a culture that changes our business and drives systematic change. I don't want to take start ups out of their element, I want us to grow mutually.”

“How are organisations my size going to be able to compete in a marketplace where we're dealing with organisations that are built up in a different generation. How do we change ourselves so we can participate in the future."

Of the top 100 business schools, less than 1% talk about mobile, digital and emerging technology in courses, he claimed, which means the next generation of marketers and business leaders are not going to be able to compete with a generation of businesses that emerge from start-ups.

It means corporate organisations need to build platforms to learn from start ups and drive “systematic change” to be prepared for the future.

“What is that magical thing that exists within start-ups that doesn't exist within corporates? Coders are the next rockstars. We're entering an economy were we can create greater value by breaking things. [Corporates] have to hack and break ourselves to be better and create a different future for start ups and different future for ourselves.”

He also said that the approach corporates usually take, i.e. death by a thousand cost cuts and squeezing budgets, doesn't drive change. It would be better he said for organisations to “hack” budgets and force more drastic innovation because cost cutting “breeds incrementalism” not transformational change.

Bough was speaking on a panel alongside Pollenizer CEO and founder Phil Morle, Joseph Jaffe, co-founder and CEO of Evol8tion and Australian start up founder Bosco Tan at an event hosted by Hub Sydney.

You can read more about how corporate brands are moving into the start-up space in the next print issue of AdNews, out 16 May. Subscribe here or get it on iPad.