Media tycoon arrested Down Under 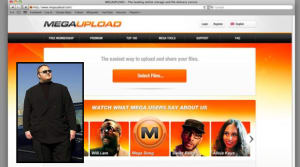 A multi-millionaire media tycoon – owner of the world's largest file-sharing site – has been arrested Down Under following a joint operation with the FBI.

New Zealand resident, 37-year-old Kim Dotcom, aka Kim Schmitz, was among a group arrested in the Auckland suburb of Coatesville for allegedly violating piracy laws in relation to the website megaupload.com he founded in 2005.

The website, which users sent large files through, has been shut down.

Dot Com will appear in court this afternoon when extradition proceedings will commence.

Kiwi police have seized hundreds of millions of dollars and luxury cars, including a Rolls Royce Phantom Drophead Coupe.

United States officials allege Dotcom’s website has been linked to mass piracy which has affected the moving picture industry and cost it a significant amount of lost revenue. The website had enjoyed celebrity endorsements from stars Kim Kardashian and Puff Daddy.

Megaupload.com – one point the 13th most visited website on the internet – allegedly generated US$175 million in criminal proceeds and caused copyright holders more than US$500m in lost revenue from pirated films and other content.

Ironically the warrant against Dotcom was unsealed one day after prominent websites such as Wikipedia shut down in protest at controversial copyright legislation.

Meanwhile, an hour after the indictment was announced the United State’s Justice Department website suffered a cyber-attack by the Hacktivist Computer Group.

Have something to say? Send us your comments using the form below or contact the writer at jonathanmarshall@yaffa.com.au