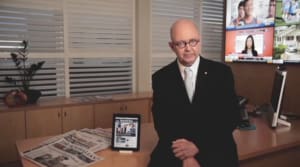 News Limited's chief executive Kim Williams has assured the industry his company will release digital figures to the market in the next set of Audit Bureau numbers.

While Fairfax recently called News Limited out for not revealing digital numbers, industry sources have suggested Williams would not move until he felt it was exactly the right time, arguing he would not be baited by Fairfax.

However, this morning at the Audit Bureaux of Australia's Accountability in Ad Spend conference, Williams said digital figures would be released in September.

He argued that he had “frustration” with a focus on just quarterly circulation figures, but said he wanted to hold off until the Newspaper Works new audience engagement metric has hit the market.

“We will release our paid digital circulation figures in September when the Readership Works launches,” Williams said.

“We will do it in an orderly and properly composed way that is helpful to advertisers.”

Williams also said the company had delayed revealing its updated numbers because it wants to present the full landscape to advertisers.