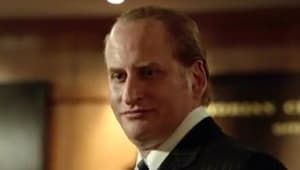 Nine’s biopic of Kerry Packer’s war against the Cricket Board, Howzat, scored over two million viewers for the network last night.

Howzat: Kerry Packer’s War part one was watched by 2.09 million metro viewers, according to preliminary overnight figures from OzTam.

Nine claimed the result is the highest ratings for a mini-series in OzTam history. The second part will air this Sunday 26 August.

The first Sunday night episode of Nine’s Big Brother attracted 1.36 million viewers as half the housemates’ secrets were revealed ahead of an eviction tonight.

Ten’s MasterChef All Stars concluded last night with a commanding 1.05 million viewers as 2010 runner-up Callum Hann took out the title. The finale night portion of the program drew in 802,000 viewers. Everybody Dance Now, now only on Sundays, managed only 385,000 viewers, down from 598,000 last week.

On Seven, Kath & Kim: The Souvenir Edition was watched by 909,000 viewers while Criminal Minds garnered 497,000 viewers.

Have something to say? Send us your comments using the form below or contact the writer wenleima@yaffa.com.au