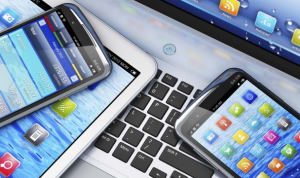 The IAB, Nielsen and seven major Australian publishers are combining to build a mobile measurement panel. The ultimate aim is to build a convergent panel to deliver an audience currency across desktop and mobile.

The IAB would not be drawn on the publishers involved in the pilot, although board members include AIMIA, Carsales.com, Fairfax Media, Google, Mi9, Network Ten, News Australia, REA Group, SBS, Telstra Media Group, TressCox Lawyers and Yahoo!7.

Gai Le Roy, director of research, IAB Australia, told AdNews that around 1,500 people would be randomly recruited to take part in the panel. They will download a tracking app which will pass data back to Nielsen. Using its Electronic Mobile Meter, Nielsen operates similar panels in the US, Japan and Italy. Currently the desktop panel in Australia has around 8,000 participants. Le Roy said it might be that some of those participants are  shifted around to build a substantial convergent panel should the mobile trial prove successful.

She said the panel would initially measure environmental behaviour (ie what people browse on their mobiles and app behaviour) rather than actions (such as purchases) as "that might limit the amount of people who would want to be on the panel."

Le Roy said that the panel would be opt-in and participants would be able to chose what is tracked. That would still give a higher degree of accuracy than is currently available she said, and pointed out that "you would be surprised what comes up on the [anonymised] desktop panel ... people soon forget [they are being tracked]."