Guess who has the $80m Victorian Govt media account? 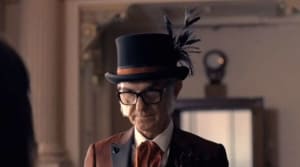 EXCLUSIVE: Speculation is mounting the Victorian Government has selected two agencies to handle its $80 million media account, one of the largest accounts in the country.

Aegis has been making a concerted effort to strengthen both the Vizeum and Carat brands in recent months, however a source has suggested the account will remain with Mitchell & Partners because it was this agency which pitched for the account.

Some had suggested previously that the account might move into another Aegis business as the group looked to bolster its others agencies, but it appears this will not occur.

While speculation is increasing that agencies have been selected, AdNews understands the process may not be complete, and that contracts are yet to be signed.

The Victorian Government's estimated main media spend in the 12 months to April 2012 was $80.5 million, down from $94.9 million in the previous corresponding period, according to Nielsen.

In 2011, the advertiser was the 8th largest advertiser in Australia in terms of main media spend, according to Nielsen.