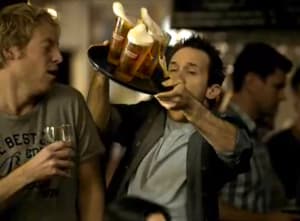 Gibson joins Foster's Group after 12 years at Diageo where he was most recently general manager of its operations across Germany, Austria, and Switzerland. Gibson has also served as general manager of innovation in Singapore for Diageo. He has previously worked for McDonald's and Mars and Masterfoods.

Gibson replaces Peter Sinclair who was promoted within the group last August to head up marketing and commercial development for the African and Eastern business, relocating to Dubai.

Foster's Group appointed Paul Donaldson as acting chief marketing officer in January. AdNews understands Donaldson is currently in discussions with the company regarding other senior positions within the group, either locally or internationally.

Foster’s Group chief executive John Pollaers said in a statement: "The appointment was a significant step in the process of re-focusing Foster’s/CUB as a dedicated, world-class brewer.

"Andy’s appointment adds to the depth and experience of our senior management team and reaffirms our commitment to investing in the iconic brands that will drive the growth of the business."

Gibson said: “The pride in CUB’s brands and the nature of the beer market globally creates an exciting environment for any marketer. I look forward to joining such a passionate company and working with CUB’s iconic collection of beers and ciders.”

CUB's marketing department embarked on a push to increase insights and analysis, including a large consumer research project.