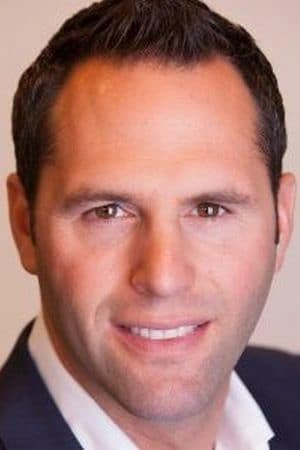 Fairfax general manager of digital and national sales Paul Sigaloff is to join Ed Harrison at Yahoo!7. The move is a blow for Fairfax and a coup for Yahoo!7, which gains a pair well respected for digital intelligence.

Harrison will replace Stuart Sayers as CEO of Yahoo!7, Sigaloff is likely to head up sales, although his exact role has not been confirmed.

While Harrison's switch was announced yesterday, Sigaloff's move will be announced to staff this morning.

Seven chief revenue officer Kurt Burnette confirmed the deal, but claimed it was a coincidence that Seven had raided Fairfax for the pair.

"Ed and Paul in a very separate process were the two best candidates for the respective roles that fit our needs and culture. It just so happened that they ended up being from the same organisation."

However, he admitted that acquiring an "established and successful team is an added and powerful bonus".

The move will hurt Fairfax, which has picked up awards for media sales this year.

Both Harrison and Sigaloff will have to take gardening leave before joining Fairfax's rival publisher.

It is not yet clear how long Sigaloff will be bound by a non-compete clause. Harrison is set to take over at Yahoo!7 mid-2014.

Paul Sigaloff Appointed Yahoo!7 Commercial Director
SYDNEY, Thursday 12th December, 2013 – Yahoo!7 today announced that Paul Sigaloff
has been appointed to the role of Yahoo!7 Commercial Director reporting to the CEO.
Paul has 16 years experience working in media across print, TV, radio and digital. He joins
Yahoo!7 from his role as General Manager Digital and National Sales Director – Fairfax
Media.
Paul will be part of the Yahoo!7 executive team and will be responsible for commercial
outcomes across display, performance and trading sales teams in addition to the
development of new advertising products and offerings, and driving sales best practice.
Emma Harrington, Acting Managing Director of Yahoo!7 said, “We’re pleased to have Paul
join us given his strong commercial background across the Australian media industry. We’re
confident that Paul will build on the success of our sales teams and help them to deliver
even more for our agency partners and advertisers. We welcome him to the team.”
Kurt Burnette, Chief Revenue Officer, Seven West Media Group said, “Paul was a clear
choice for the Commercial Director role given his strong reputation and deep relationships in
the Australian media industry. Paul’s experience managing large national sales teams within
complex sales environments will be an asset to the Yahoo!7 business and more broadly the
Seven West Media Group.”
Paul will join the business in Q2 2014 reporting to Emma Harrington, Acting Managing
Director until newly appointed CEO Ed Harrison joins in mid-2014.