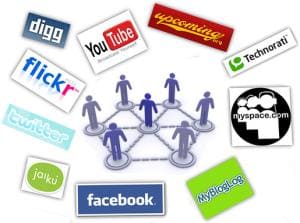 EXCLUSIVE: Marketing and agency professionals are at loggerheads over new research from Digital Chameleon which indicates digital skill sets across the marketing, agency and media landscapes are incredibly low in Australia.

The Digital IQ Index Survey, which interviewed 350 people working for agencies, media businesses and brands, found that across eight key digital marketing categories, including social media, search, mobile and display, only 28% of respondents possessed the necessary range of skills for their role.

It revealed that only 4% of staff were very familiar with social media marketing, while 11% said they were not familiar with the platform at all. The low percentage of digital-savvy marketers continued across all key categories, with search and mobile having just 6% and 3% respectively.

The survey also unveiled that 70% of people in digital media and marketing roles admitted to having no online experience prior to their current role. Seventy two percent of staff admitted to being uncomfortable with their current level of digital skills, while just 5% said they were very comfortable.

Eighty three percent of respondents said digital marketing would become more important over the next 12 months, while a mere 1% contended a decrease.

It also revealed while 92% of staff had a desire to learn more about digital marketing and would find a learning program useful, 72% said the biggest barrier to doing so was a lack of time.

The results have brought mixed responses from marcomms professionals. Sportsbet marketing boss Barni Evans has argued the figures are far too low, suggesting the numbers cannot be accurate.

However, agency leaders have argued the numbers sound about right. McCann executive creative director John Mescall told AdNews: "I'm not shocked at all. Australia has a fair way to go, and if you look at the number of hits and misess you can see we have a steep learning curve."

MEC chief executive Peter Vogel said: "It's not that surprising at all. Does it sounds low, maybe a little. But digital is bloody complex, and lots of clients haven't embraced it yet."

The results were collected from June to September 2012, with respondents hailing from NSW, Victoria, Queensland and South Australia.