CommBank records 'Can' song with The Voice's Steve Clisby 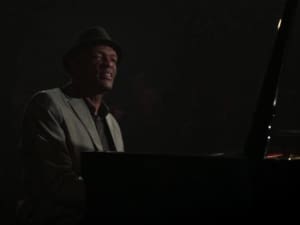 Commonwealth Bank has unveiled the next phase in its 'Can' campaign, with a three-minute song penned by M&C Saatchi and sung by The Voice finalist Steve Clisby.

The use of Clisby is designed to reflect the 67-year old musician's “perseverance to achieve his goals” and his 'Can' attitude. Clisby was a finalist in the second series of Nine's The Voice and has been involved in the music industry for decades.

CommBank chief marketing officer Vittoria Shortt told AdNews the genesis of the campaign lay with the bank's work with actor Toni Collette. "It was inspirational and a quite emotional style of work which we knew resonated with people based on our research," she said.

The choice to do a song was a new path for CommBank, which had decided on it after looking for something that was a continuation of the Collette work. "We don't want to do work that just blends in with the pack but we don't want to be different for different's sake," she added. "We see this as being quite in step with our overall brand architecture.

Even though 'Three Little Letters' is an overarching brand campaign, Shortt said it is aligned with the bank's other communications. For example, financial lenders are capitalising on the current property boom with myriad campaigns focused around home loan products. Shortt said 'Three Little Letters' connects with that trend. "At the highest level [the campaign] is a piece about pursuing your dreams and for many Australians, that's home ownership," she said.

“The sentiment of 'Can' underpins every interaction we have with our customers,” said Shortt in a statement.

“Steve's story of perseverance and consistently striving towards his goals personifies the 'Can' philosophy. Over the years he repeatedly told himself 'I can achieve my dream' and that's what he continues to do. We hope Steve's story and our latest campaign encourages our customers to pursue their goals, and work towards their financial and personal aspirations.”

There are 30-second and 60-second cut-down TV ads for 'Three Little Letters', originally a three-minute song. The full song can be downloaded from the 'Can' website or iTunes and Google Play with proceeds from the sales to go to Breast Cancer Institute of Australia.

The campaign will be supported in out-of-home, digital and cinema.

The CommBank 'Can' campaign was launched in mid-2012 with mysterious, unbranded 'Can't' out-of-home posters and billboards appearing over a week before CommBank was unmasked as the culprit. It then unveiled the 'Ode to Can' poem read by Collette in a TV ad.