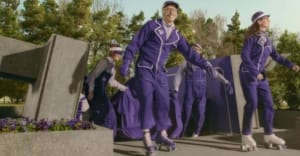 EXCLUSIVE: The 'Joyville' campaign will be the biggest initiative Cadbury has ever embarked on, and will permeate the company's advertising for years to come, according to Kraft general manager of marketing for chocolate Ben Wicks.

While Wicks would not be drawn on the exact amount invested into the campaign, he said the company has spent heavily and “ahead of the market”. He also said the campaign represents a “holistic” approach which will be infused within all the brand's marketing for several years.

“This is a bigger idea than ever before. It is a holistic approach, similar to the 'Wouldn't it be nice' positioning, but much larger still. This is the biggest investment we have made in years, and will be the biggest for years to come.

“It's a brand idea that will survive for many years.”

The strategy behind the campaign has been to create a “myth about Cadbury Dairy Milk”. “We are creating magic around the creation of chocolate.”

The campaign was created by Saatchi & Saatchi Sydney, in partnership with Fallon London. It will run initially in Australia, the UK and New Zealand, but Wicks said there are “several other developed markets which have shown interest and will be running it”.

Yesterday's television spot was the first of many executions.