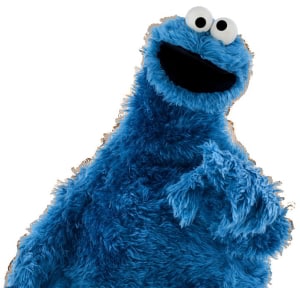 Media firms have raised fears that browser developers, largely owned or funded by companies that own big advertising businesses, could block third-party cookies by default. Or worse still, block them altogether, wiping out targeting and undoing a decade of downward price pressure.

US ‘do not track’ privacy legislation requires browser companies to give users the ability to ‘opt out’ of data tracking. Microsoft recently went further by making ‘opt in’ the default setting on its latest browser.

That means unless people change Internet Explorer 10 browser settings, third-party cookies – the main way industry targets ads – are rejected. At least in theory. The onus is on third parties to honour the consumer’s choice.

Now Mozilla, funded largely by Google, will go further still. It looks set to ban third-party cookie tracking, with a beta browser due within weeks. The fear in adland is that the rest of the major providers, including Google, may follow suit.

That would hamstring ad-serving efficiency, increase wastage and push up CPMs, according to local media firms. “The less relevant the advertising, the greater the consumer blindness to the ad,” ZenithOptimedia digital director Leanne Brinkies told AdNews.

Meanwhile, some local content producers have suggested that because browser firms are also content producers and publishers, it could leave them to command their own price. It may be that Google, which releases Chrome updates every six weeks, is waiting to see Mozilla’s cards before showing its hand. The search giant would not comment but said its latest version of Chrome has a ‘do not track’ option built in and that it would “continue to work with industry on a common approach”.

Whether Mozilla’s approach becomes the common one is unknown. “[But] the companies that are least affected by cookie legislation are those with large, logged-on userbases,” Mindshare chief digital officer Ciaran Norris said. “Legislators should consider the impact on local businesses.” Industry had a key role in educating both legislators and consumers, he added.

The IAB’s director of regulatory affairs, Samantha Yorke, agreed. Transparency and choice were key, she said. Web users need to understand why cookies are useful to them – such as enabling free access to content – and not a threat to individual privacy. However, she said uncertainty would not be diminished until ‘do not track’ was properly defined.

Not holding her breath for a definition, Yorke was under no doubt that moves to block third-party cookies would have “a profound effect on the digital economy”. The ability to collate analytical data would be “severely compromised”, she said.

Brinkies agreed. “Reach measurement is the backbone of the [digital] industry. We don’t want browser firms saying, ‘You can’t do that anymore.’ People want choice and transparency, and to be allowed to see the content that they want to see.”

However Match Media head of digital James Simmons suggested that even if the worst happened, a blanket move would “cause short-term targeting pain” but “technology would find a way without using cookies”.

This article first appeared in the 22 March 2013 edition of AdNews, in print and on iPad. Click here to subscribe for more news, features and opinion.