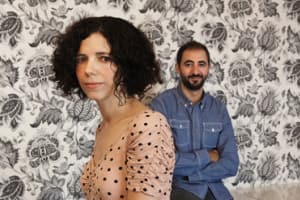 Both will depart the agency in January and then return to Europe to work in London.

The duo arrived in Australia at the beginning of 2012 and have made their mark for BMF clients including Aldi and Meat & Livestock Australia.

Sampedro and Alija said: “We feel very grateful for the opportunity to work in such an exciting market. Over the last two years we've been able to contribute to the creative step-change of some of our main clients and produce some world-class ideas.”

BMF chief executive Dominic Stinton said: “The body of work they have produced over the last two years is incredibly impressive, and they will be missed. We wish them all the best.”

The departure is a blow for BMF which has experienced personnel upheavals in the past two years since the agency restructured in late 2011, which separated the business into three units.

The most high-profile departure has been chief executive Jeremy Nicholas, who left in May after 12 years with the agency. VCCP man Stinton joined mid-year.

Sampedro and Alija added: “What's most important is the chance we've had to work alongside many talented people, inside and out of BMF, that we now call friends.”