Aus urged to take more risks after no Lions in Mobile 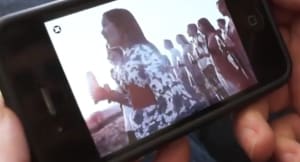 The Aussie industry has been urged to be less conservative if it wants results next year in Mobile at Cannes, after Australia failed to take home a single Lion in the category.

The Grand Prix in Mobile was awarded to a Google initiative spearheaded out of Grow Interactive Norfolk and Johannes Leonardo New York, called ‘Hilltop Re-Imagined for Coca-Cola’.

The campaign, which was part of Google’s ‘Project Re:Brief’, saw Google partnering with Coca-Cola to re-imagine Coke’s classic ‘Hilltop’ commercial. The push allowed mobile users to buy a Coke for a stranger on the other side of the globe by sending a signal via their mobile to customised vending machines in different parts of the world.

However, Australia did not manage to win any Lions, which should not come as a surprise after only two entries were shortlisted. Jury member Geoffrey Handley, who is co-founder and CMO of The Hyperfactory and based in Australia, New Zealand and America, urged the Australian market to take more risks.

He told AdNews: “For us in Australia, when we are thinking about work, often we question big ideas and think, ‘Is the consumer ready for this? Is there enough penetration or usage?’ Every time we ask ourselves that question, the answer is: the consumer is already doing it. They are five steps ahead of us.

“Risk taking is key. Whatever you are thinking of, the consumer is already doing it. My advice to Australia is to take a few more risks. Australian consumers are aggressive, they always have been. They are hungry and already doing this stuff. It’s up to us to catch up to them.”

He argued that while some of the Australian entries were “good”, they were not “great”. He singled out a shortlisted entry, the Australian Defence Force’s ‘Mobile Medic’ push, which has already won several Lions.

“Mobile medic was on the shortlist, and it has won a number of other categories, which gives you an indication the work is good, but when got to the Mobile category, it didn’t stand out.”

Meanwhile, the jury was enthusiastic about the work that did win Lions. Jury president Tom Eslinger, who is digital creative director of Saatchi & Saatchi Worldwide, said: “People always ask if this is the year of the mobile, and now Cannes has added it as a category and we have seen nearly a thousand entries, it shows that mobile has really been taken up.”

However, the jury members also said the category needs to work out a few kinks for next year. Eslinger said: “We really struggled with some things and asked ‘Why is this in this category’. Next year, we need more descriptions for each category so it is clearer.”