Agencies will 'increasingly bring search and social under one roof' 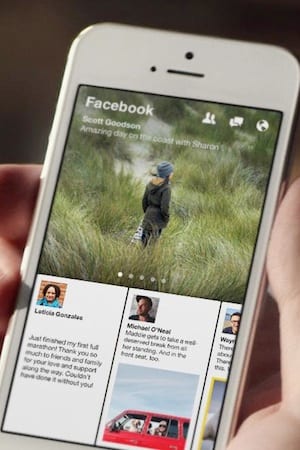 Agencies and in-house marketing teams will increasingly bring search and social under one roof in a bid to bridge the gap between paid and organic media.

“Automate the mundane to free up time to do strategic stuff,” has become an industry mantra he notes, and it's becoming critical as marketers and their agencies are asked to do more with less, faster.

From a regional perspective, he says there are two standouts in Australia. “The sophistication of agencies is higher than other regions and brands are the driver.”

“In Australia, where you used to have a search manager and a social manager, they can now leverage insights from one to the other. Some [agencies] are bringing them together in one team."

While not the only agency to have done so, Mindshare last year announced it had reorganised its team around paid, owned and earned channels. CEO Katie Rigg-Smith told AdNews it was paying dividends, with teams better aligned around the bigger picture for clients, and a feedback loop of insight across those channels enabling the agency to apply what works to other accounts. "It sounds [like marketing speak], but it genuinely does help with cross-pollination. And it also helps with agency culture. It breaks down the silos."

Van Woudenberg said that kind of restructure "is a big shift. We see that happening more and more as agencies and brands try to maximise returns on ad spend irrespective of channel and use the money on search to determine what works on social.”

Reporting and analytics is time consuming and critical, he said, because without measurement you can't manage. But automating the attribution via insight gleaned from algorithms to manage at scale is where the value for agencies and brands sits, said Van Woudenberg.

For example, brands selling a particular shoe might have 50 iterations on the Google product listing ad format with different creative, price etc. to work out which works best. Now there are systems that “automatically turn what works best into social content tailored to audience and run it as a social campaign. That is much more effective because it it is not the first cut. It is the top performing iteration.”

Van Woudenberg's previous employer, Oracle, last week did a deal with his new firm to integrate its technology under the so-called 'social cloud'. The two firms will now push it to agencies and marketers as a tool to understand how paid, owned and earned media feed into each other and automate the process of taking what works organically and amplifying it with paid and vice versa.

In an increasingly crowded market, Van Woudenberg said it was about selling technology not services. “You need to show how to fish, not sell fishermen.”

While no different to other Apac regions, he said the growth area he saw in Australia was the shift away from brand on mobile and moving “more and more to direct response” via apps.

“Brands can now be a lot more granular to [get customers to] activate on apps. The app drives the majority of [mobile] revenue and the technology is moving really fast.”