240 million reasons one media agency could be smiling 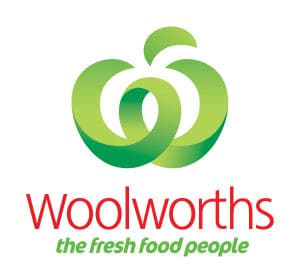 There's nothing like a $240m account to crank through the gears of the rumour mill, but it looks as though The Australian may have called the Woolworths pitch right three weeks ago. Word on the street is that it is staying put with Carat, for now at least.

When news of the review broke in February, all the agency talk was of opportunity.

MediaCom was regarded to have a strong shout, given that the agency was within a whisker of the jackpot last time out until Harold Mitchell stepped in. OMD was tipped as equal favourite, with indies Bohemia and Match vying for a share of the spoils.

But then Woolies underwent another of its periodic marketing changes, bringing in former Coles marketer Tony Phillips as head of marketing for supermarkets and shifting incumbent Jess Gill to director of customer experience. Gill had been appointed head of supermarkets six months earlier and, along with Helen Lecopoulos, the former McDonald's media chief that had brought OMD to the table, had been overseeing the pitch process.

As Phillips came in, creative agency of record Droga5 went out, with Leo Burnett Sydney handed the account. At the time, Leo Burnett was reported to be on the hunt for 40 staff to handle the business, such is its scale.

Despite the upheaval, the media pitch remains in play, although an announcement is expected imminently. However, those that talked up the account as a dead cert to move have gone eerily silent. It could be that, after handing out four separate briefs and continuing with the process even after the sweeping changes became apparent, the business will remain with the incumbent after all.

While some talk of a "debacle", others might call it a sensible move. It's a big change, and despite what's gone on before he arrived, the new supermarkets CMO represents 55% of the total business. Phillips is likely to to have a commensurate share of the vote in terms of who handles the media account. The board have hired him and he holds the cards.

Even if media agencies have wasted a million dollars in production and man hours on the pitch, they will likely be throwing their hats in the ring next year. Whatever their frustrations, the account that cries wolf with $240m to spend won't be short of suitors.

If Carat does retain the business, even in the short term, it would represent a massive result for the Dentsu-owned unit. With Mitchell's federal government win, the sister agencies will be hiring in droves both in Sydney and Melbourne. But it's a lot to onboard and ramp up.

Unless, as rumoured to have occurred in 2010, there's a change of heart in the next few days. Stranger things have happened.