Why Dave Bowman made the jump from Special Group to Google 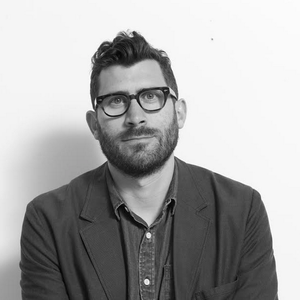 When Matt Burton and Dave Bowman jumped from Special Group to Google last year, not many were surprised the creative duo, better known as Matty and Dave, had ambitions outside traditional agency workings.

Now, the two have been quietly beavering away for just under a year and Bowman has finally revealed what attracted him to join the digital giant.

Speaking to Cam Blackley on the Creative Relay podcast, who recently joined M&C Saatchi as chief creative officer, Bowman said working with Google had become the favourite part of his week when he was at Special Group.

“It was too interesting to say no to,” he said.

“I suppose the more Matt and I sat with it, the more we were like “that could be really interesting”. But that's not to say that I'm bored of advertising as I'm definitely not.

He sits in Google Zoo's creative hub which was designed to combines tech professionals and creatives.

Chief creative officer at Google is a very different role to Bowman’s previous creative roles in agencies, he admitted.

“We work in a division of Google called Google Zoo and our remit is to try and do things creative things with technology for brands that have never been done before,” he said.

He added that he doesn’t work on marketing and communication calendars for clients anymore, instead works directly and collaboratively with agencies and marketers.

“We try and take existing properties and platforms and products that Google have in their stable or that they're developing and try and find ways to work with brands to do things that have never happened before,” he said.

“It’s awesome but it's also a pretty daunting challenge.”

You can listen to the full podcast here, where Bowman reveals more about his role at Google, how he got into advertising and if he could ever survive without bacon.