Marketing to women: what it is and what it 'aint 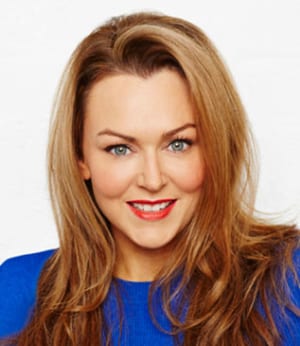 And this, perhaps the most frustrating response, “Marketing to women - isn’t that just a sensitivity?”

Frustratingly - in what to me should be an age of marketing enlightenment - marketing to women, or M2W, is a concept demanding on-going explanation and elaboration. And as an early mover in this space, I recognise there is a primary role for me and others like me, to not only build the sector, but to teach and advise.

So with that role in mind, for those who wish to understand what ‘creating a female brand culture’ actually means. Read on.

Those marketers who grew up with Phillip Kotler’s take on market segmentation, were taught to see gender as a 'lo-val' subset of demographics.

And this is where I seriously disagree. M2W, today, is way more valuable and important than that. M2W is not some ‘niche’ – it’s mainstream. Consider just these few facts:

1. Today women make nine out of 10 of consumer purchases and globally are worth $28 trillion of the $35 trillion consumer-economy.
2. Today most sophisticated marketers recognise the consuming behaviour of women and men is fundamentally different.
3. Today, and for decades passed, the mass media and publishing sectors embrace M2W, delivering clearing delineated product and content offerings, aimed squarely and exclusively at women.

So today, when it comes to picking the best market segments to target, happily for female consumers and the savvy marketers who get M2W, the times have well and truly changed and are set to keep changing.

Of course there are vested interests who argue otherwise. I brand these people “The Generals”, and I’m sad to report the traditional advertising industry still has way too many of these characters. The Generals are the marketers and marketing communicators who persist in the view that all markets are “generally similar” – and who continue to service their clients with general thinking, general strategy and general communications.

And when it comes to understanding the female consumer, The Generals are simply not on the page. (Which perhaps explains how, over the past 30 years, the mass, digital, mobile and social media specialists, have managed to cut so savagely into the traditional agency’s market share).

And the savage cutting is set to continue as dedicated M2W agencies, like my company Venus, appear on the advertising landscape. Agencies who get women and who can meet the strategic and creative demands of marketers who want to go more successfully where the female money is. Agencies both creative and strategic, happy to craft the effective M2W communications that generalist agencies continue to show no interest in delivering.

First, marketing-to-women is not about being female:

Australia’s late great Neil Lawrence recently wrote for Qantas the most moving, sensitive, and poignant ad since the brilliant “I still call Australia home” - which was also created by some clever ad men.

Clearly some ad men instinctively ‘get’ female audiences, but sadly most, in my view, continue to serve up the kind of dumbed-down supermarket communications that miss the M2W mark completely.

Yes, female creatives get it wrong too. I have observed women art directors and writers stuck with out-dated marcomms strategies, serving in agencies where the credo is still about dishing up ‘machismo’.

In defence of some of these agencies, many are hostage to their client’s lack of M2W understanding, sensitivity and understanding.

As a specialist M2W agency we at Venus have seen our work rejected by clients who do not understand the importance of building a female brand culture.

Second, marketing-to-women is not about gender issues:

As a female professional, and one who happens to be vocal about M2W, I am often asked for comments around gender and marketing-to-women issues, as if the two subjects are inextricably linked.

BUT it is a mistake to relate and confuse the importance of these issues with the simple business of crafting marketing messages that work for women. M2W is not political posturing, nor is it about being ‘politically correct’.

M2W is about recognising ‘gender’ as a really smart first step in developing profitable market segmentations. And realising that if you want to reach and influence women then you need to understand the language, wants, needs, desires and sensitivities of what is marketing’s most valuable audience.

Well, Dove is one hugely profitable example of a feminine brand culture in action.

Back in the early 2000s the makers of Dove went to great lengths and expense to gain a better understanding of women as consumers of beauty products. From the insights gained, Dove’s marketing team crafted natural conversations by women, with women, for women, around the nature of beauty and feminine self-esteem. The Dove campaign is now the stuff of marketing legend – and the brand’s profit line shows this has worked on
every level.

The rise of what adland is calling “femvertising” seems to be further muddying the waters about M2W.

P&G’s fempro campaigns - “Touch the Pickle” for Whisper’s and “Like a Girl” for Always are built on conversations around gender equality. From the Philippine’s comes Pantene’s “Labels against Women,” advertising that uses “feminist” concepts to sell more product.

It’s a M2W strategy that’s working with a female audience.

But don’t be fooled into thinking M2W is only about ‘for women only’ products and services. And that gender statements are the only way to attract the loyal and lucrative female audience.

It is my belief almost every brand and product category can benefit form a M2W leverage point and an appeal to women. You just need to know how, where and why to build one.

So why aren’t more brands doing this?

Well quite simply, the generalist agency model is broken. And agencies and marketers have failed to truly evolve with their audience.

Their methodologies for brand development remain deeply entrenched, and largely unchanged from those created by the tweed-jacketed, pipe smoking Mad Men of the 1950s.

Leadership of successful brands during this “Century of Women” will be based on the very-female values of collaboration, community, empathy and connection. Values fundamentally at odds with the ‘marketing warfare’ mindset of traditional ad agencies, where creatives labour in ivory towers to churn-out award-winning advertising designed to impress their peers – but which often has no relevance to real people in real-life.

Great brands consistently make powerful emotional connection with their audiences. Great brands take time to get to know their segmentations – to gain understanding – in order to better connect with what their customers want. It’s an approach that demands empathy. And that’s M2W.

Successful, profitable marketing-to-women is part science, part methodology, part deep understanding of feminine values and beliefs. Creating communications that appeal to the worlds largest and fastest growing economic audience is about breaking the old marketing model and adapting a new approach to business.

Change happens at the edges. And while you’ll never have heard of most of them, there are now 60 dedicated M2W agencies around the globe.

The change is coming.

For more on marketing to women, keep your eyes peeled for the next issue of AdNews in print (18 September). Subscribe here or get it on iPad.