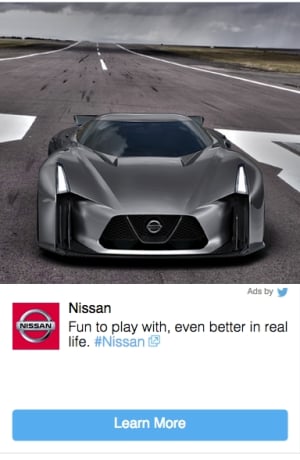 If the platform is to believed, there are about 185 billion tweet impressions per quarter off of Twitter – its new move is aimed at getting a slice of that pie.

Overnight the 140 character behemoth unveiled plans to serve ads via promoted posts on platforms outside of Twitter, and Australians will be able to see them within weeks.

The first outside platforms to be targeted by Twitter are Yahoo! Japan and the Flipboard app.

At this stage is believed that Yahoo!7 will not be following its Japanese cousin in the move.

Flipboard is a news aggregator app which already hosts Twitter posts, so it was a natural fit for the giant to start talking to Flipboard about commercial opportunities.

Advertisers running a Promoted Tweet campaign on Twitter will be able to run the same creative and the same targeting on the Flipboard app.

“Best of all, because Flipboard already integrates organic tweets into the app, the Promoted Tweet will have the same look and feel that is native to the Flipboard experience,” Twitter wrote in a blog post.

While only Flipboard and Yahoo! Japan have been tapped up as partners, other web and mobile applications already syndicate tweets, meaning the potential pool is broad.

“This is the first of many opportunities to create such campaigns, one that provides great content and monetisation opportunities for our syndication partners, provides high ROI for marketers, and, ultimately, a great experience for users,” Twitter said.

There are no Australia-specific platforms which have signed up as yet, it is believed, but Australian users of Flipboard will be able to see Promoted Tweets within weeks.

For Twitter, it's another attempt to demonstrate a diversified revenue pool, something which has been a bugbear for investors in the company.