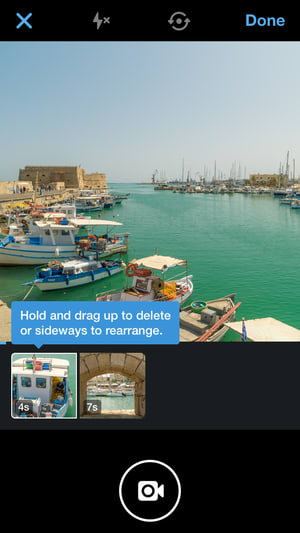 Video is the battle ground for social and online platforms in 2015 and Twitter's rumoured video product is set to launch in Australia today.

The addition of video, much like pictures, in tweets is part of Twitter’s play to offer a “richer and more immersive” experience beyond 140 characters.

Jinen Kamdar, product director, said: “We designed our camera to be simple to use so you can capture and share life’s most interesting moments as they happen. In just a few taps you can add a video to unfolding conversations, share your perspective of a live event, and show your everyday moments instantly, without ever having to leave the app. Viewing and playing videos is just as simple: videos are previewed with a thumbnail and you can play them with just one tap."

Cody Simpson, 17 year Australian pop singer who has supported Justin Bieber on tour, will be the first person to send a tweet using the new function from the app.

The importance of video to digital and social networks can't be underestimated. Earlier this year, Facebook's Ellie Rogers told AdNews that it was no longer a social network, but a "video platform". It claims that more than half of itts 13 million Australian active users are watching at least one video a day. Since June, it has averaged around 1 billion video views every day.

Twitter has also launched a group messaging function today, as it looks to encourage more sharing and engagement on the platform between groups of friends.