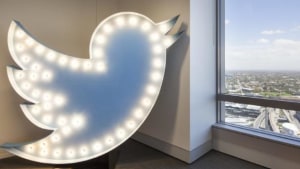 Twitter has revealed 35 new content collaborations that it says will significantly bolster the platform’s video and live programming.

It has also announced it will roll out an in-stream video advertising product to the region, starting with Australia.

Twitter's global VP of revenue and operations Matthew Derella says Asia-Pacific is the “growth engine” of Twitter and the Australian market has been very responsive to partnering with the platform.

“Advertisers and consumers in Australia are sophisticated in their preference for video,” Derella told AdNews, adding that Twitter’s relationship with Channel Seven is one of the most progressive it has globally.

Premium content and advertising partners on board for the launch of in-stream video ads in Australia include BeIN Sports and Seven West Media on the content side, and SportsBet, NAB and Woolworths as advertisers.

Derella believes Twitter’s video in-stream ad offering is the most brand safe in market because it allows advertisers to handpick the publishers they want to work with.

“We want to lead the gold standard of measurement and transparency,” Derella says. “We have partnered with IAS, MOAT and multiple third parties to guarantee when you advertise on Twitter, you will reach humans.

“CMO and marketers talk to us about wanting more control of their ads and our offering lets them choose their partners and also target their content to specific events.”