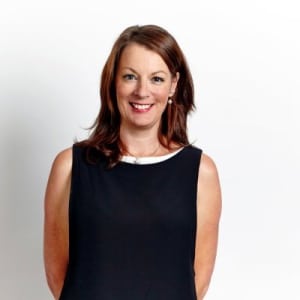 The MD of Twitter Australia Karen Stocks is to leave the business, AdNews can reveal.

The move follows the announcement Twitter would lay off 9% of its staff globally, as it reported a ninth quarter of declining revenue growth and continues to struggle against the likes of Facebook, Instagram and Snapchat.

Stocks, who had been in the role for more than three years, was managing director of mobile and social solutions for Google Asia Pacific before Twitter. She was also previously director of new products and solutions in Australia for the tech giant, where she had worked since 2007. Stocks has also spent 12 years with Vodafone.

A Twitter shareholder letter last night, under the 'restructuring and reduction in force' section, said: “This morning we announced a restructuring and reduction in force affecting approximately 9% of Twitter’s positions globally. The restructuring, which focuses primarily on reorganising our sales, partnerships and marketing efforts, is intended to create greater efficiency as we move toward our goal of driving toward US GAAP profitability in 2017 (which means profit when reporting under US accounting standards).

“The restructuring allows us to continue to fully fund our highest priorities, while eliminating investment in non-core areas and driving greater efficiency. Over time, we will look to invest in additional areas, as justified by expected returns and business results. We remain committed to our previously stated long-term goal of 40-45% adjusted EBITDA margins net of traffic acquisition costs (TAC).”

Stocks announced her exit in a series of Tweets:

Proud to have built @TwitterAU office as a hub of innovation for the global Twitter business for 3 yrs. Now it's time to pass the baton on.

We've done so much amazing work here. Thank you to all our clients, agencies & partners for your innovation and inspiration every day

A Twitter spokesperson said: “We thank Karen for her contributions and leadership over the past three years at Twitter. She built up a strong local team and grew our business in Australia into one of the top revenue markets in Asia Pacific today with many innovative, region-first digital advertising campaigns on Twitter with world-class brands.

"We wish her all the best and will continue to invest in this important market to make Twitter the best way to see what’s happening right now in Australia and around the world.”