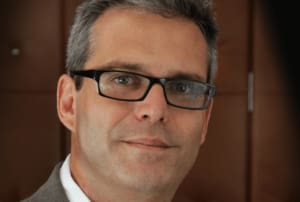 Nine’s managing director of programming and production, Andrew Backwell, has resigned after 14 years with the business.

The move follows what has been a tumultuous ratings season for Nine - with shows such as Australia’s Got Talent and The Farmer Wants a Wife not performing as anticipated.

The Australian’s Media Diary column flagged that tensions were growing in the programming team.

Speaking to AdNews earlier this year, Nine's new sales boss Michael Stephenson, who replaced Peter Wiltshire, did say he was confident in the network's position and was urging advertisers to over-index their investment in the second quarter as the organisation predicted a huge rebound after one of its worst starts to a ratings season.

Stephenson, then, admitted Nine's audience share was lower than it was 12 months ago, but remained bullish as he took on his new remit.

With the gap between itself and ratings champ Seven also increased during 2016 – this only adds mounting pressure to the network.

This year, Nine's reboot of Australia's Got Talent went head-to-head against Seven's My Kitchen Rules and did little to dent Seven's number one show.  However, the start of the NRL season, which helped Nine achieve its strongest ratings week, is a sign the tide is turning this year. Hopes are also pinned on The Block which has been doing well. More than 930,000 people tuned into watch The Block on Tuesday night, making it the most watched entertainment program of the evening.

“That's why we will be so strong in quarter two and that's why we are in the market now encouraging advertisers to over-index with us in that period because of the ratings that we are going to deliver ... that's how positive and confident we are,” Stephenson said at the time.