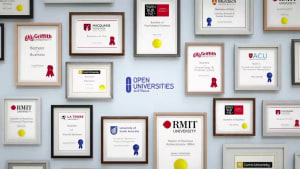 The business, which offers students online access to courses from some of Australia's largest universities including Swinburne, ACU, Griffith, Macquarie, ANU and UNSW, spends about $7 million annually, according to Nielsen Ad Intel.

The account has been held by Dentsu X (the Dentsu Mitchell) since 2014, when it won it from OMD.

This is the second pitch to be revealed by AdNews today, with private health insurer Medibank also reviewing its $15m media account, which is held by Dentsu X sister agency, Carat.

Based out of Melbourne, the news continues the recent run of pitches and media account moves coming out of the city, which have included the AFL, The Good Guys, Virgin Australia and Asahi Beverages.

Each of these clients has also come out of Dentsu Aegis Network, as the holding group continues to struggle with a high rate of client turnover throughout the past six months.

As for media agencies already tied up with universities in Australia, this may not limit them from being involved with the pitch, as AdNews understands the advertising model for OUA won't create a conflict of interest in some cases.

There have already been some key university accounts won in the past 12 months, starting with Bohemia's appointment to the University of Western Sydney in 2018, while Reprise picked up Monash in February and Initiative was reappointed to Swinburne in March this year.

AdNews reached out to OUA for more information on the pitch, with the organisation declining to comment.