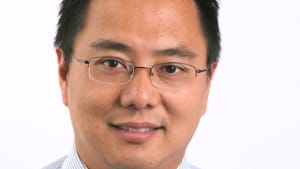 Bauer Media CEO Nick Chan has exited the business after just over a year in the role.

Bauer's New Zealand boss Paul Dykzeul has named as his replacement and will now lead Australia and New Zealand.

Chan was formerly COO for Seven West Media before joining Bauer last year to replace David Goodchild, who also exited the business after a little over 12 months.

“I want to thank Nick for the work he has done in helping to position the business for future growth and wish him the best in his future endeavours," she said.

“I’m delighted Paul will be leading Bauer across Australia and New Zealand. Having worked extensively across both markets he understands the challenges and opportunities which exist for multi-platform magazine brands in this evolving environment. For the past nine years, he has built a strong and innovative media business and is ideally placed to bring that thinking to Bauer Media Australia.”

Under Chan's leadership, Bauer sold off five of its Adventure titles and axed several magazines as part of a wider "viability audit". He introduced a streamlined approach to Bauer's magazine categories, focusing on five consumer and customer segments, including women’s entertainment and lifestyle, homes, food, fashion, health and beauty, and motoring and trader.

Dykzeul has been CEO of Bauer Media New Zealand since 2007, returning home after spending 11 years in Sydney.

He starts in the role immediately and will relocate to Sydney in due course.