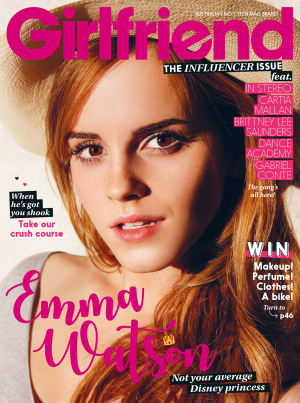 Girlfriend Magazine has secured BYS, Napoleon Perdis, Nintendo, Bioré and other advertisers for its first quarterly edition due to be published next week.

“This is key change in strategy for Girlfriend. We really explored the print product and what our audience needed from us and we realised the monthly model wasn’t the most relevant service we could provide,” she says.

“However, we only had to look at the feedback we were getting on social media to see that people still wanted a print magazine.

“We knew there was certainly a hunger for print but we had to relook at the model and determine how we could make the print an exclusive, premium product.”

Davis sees the new print product as a keep-sake and a collectable, which will sell for $7.99.

“Everything online is so fleeting but we have a heritage in print. I still have people tell me they have Girlfriend magazines from their youth and we wanted to continue this legacy.

While PacMags has reaffirmed its commitment to print, rival magazine Dolly pulled the plug on its print edition last year, which Davis sees as an area of opportunity for Girlfriend.

With advertiser dollars shifting away from magazines, Davis says Girlfriend is luring back brands with advertiser deals that offer visibility and connection across social platforms.

“Social media is a huge part of the offering and that’s what brands are increasingly buying into,” Davis says.

Designed to be mobile-first, the website content is designed for digital-natives with an emphasis placed on branded content that Davis says will ramp up as the brand tests new formats over the next few months.

The digital "pop-up" magazine will repurpose some print content, focusing on the interactivity it can offer both users and advertisers. It will launch in between editions of the print magazine to complement the seasonal print cycle.

Pacific commercial director Prue Cox says: “The new-look Girlfriend is the directly tailored to the fun, intelligent and ambitious Gen Z audience of today – with innovative reimagined content that capitalises on the brand’s surging digital growth and relevant cross-platform opportunities for our commercial partners.”

To support the launch of the magazine, Girlfriend has launched a social campaign, which includes a Snapchat filter and an influencer element.