The campaign, created in conjunction with VMLY&R and Versus Media, is comprised of three long form online videos.

VMLY&R has launched a new campaign for YouTube that showcases the stories of three Aussies who have had a profound impact on their communities by using YouTube as an educational platform to learn and teach.

The campaign, created in conjunction with VMLY&R and Versus Media, is comprised of three long form online videos with Charles Lomu, Macinley Butson and Eddie Woo telling their stories.

“More and more Aussies are coming to YouTube to learn with educational videos generating hundreds of millions of views,” YouTube head of marketing for ANZ Mark Wheeler says.

“I am always inspired by hearing people’s personal stories about what they have learned on YouTube and then gone on to achieve. In the words of Eddie Woo, “YouTube is democratising education”. We wanted to tell some of these stories to share with Aussies that information is simply a ‘how to’ search away.”

The stories were built using YouTube’s Unskippable Advertising principles, designed over countless advertising experiments to educate story makers and advertisers on how to grab and hold people’s attention in an age where attention is an endangered resource.

"Six-second content is the new normal and there is certainly a war for attention, however audiences still crave long-form content," VMLY&R joint CEO Aden Hepburn says.

"Winning your audience's attention from the get-go and maintaining it throughout, with a heart-beat story arc, is the key to making engaging content in today’s content saturated marketplace." 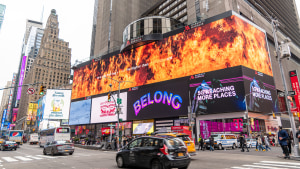