Working from Home – Should we be careful what we wish for? 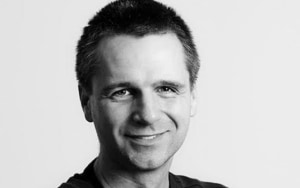 #WFH. It’s big business. You could argue that it’s a societal force at the centre of the economic seesaw created by the global pandemic, a lever driving some industries sky high, and others to destruction.

There are lots of arguments for and against. ‘Forever’ working from home scenario will destroy CBD economies, but reduce air pollution. It will reduce dependence on inner city suburbs and allow greater equity in property price, but it could have disastrous effects in regional areas where sea- changers price locals out of the market. It could improve quality of life for many individuals, but try telling that to two parents working from home in a one bedroom apartment with a dog and a toddler.

From the company’s perspective – I think there has been general learning across 2020 that most people can be trusted to work without direct supervision. And, with today’s technology, fluidity of communication is not hugely affected. Some organisations, such as Twitter, have famously offered ‘WFH forever’ models. But – and it’s a big but – some organisations, particularly in creative fields such as advertising agencies, want a return to office life, believing it the root of strong creative culture and ideation. Trying to mandate that, certainly at this moment, is very difficult.

The question is - will the employees, now used to the WFH life, want to return in significant numbers? So far, it seems, speaking generally, that the Australian workforce is keen to continue with the experiment. In June 2020, a research poll was published by Redback Connect suggesting that 86% of respondents would like to continue working from home. Other more recent studies suggested similar outcomes.

However, it’s worth pointing out that most people want to have their cake and eat it- for example, a late 2020 University of Sydney Transport Opinion Survey found that most respondents wanted ‘to continue working remotely about 2 days a week once the pandemic was resolved’.

But there’s a problem. Can companies really be expected to maintain great office spaces for a handful of employees, two days a week?

Economically, pumping capex into the kind of office spaces we take for granted today isn’t sustainable. People today are talking about hybrid working models mixing ‘at home’ and ‘at work’, but ultimately, the office as we know it could disappear.

I’ve spent the last two years with an international network and I can tell you that, like all other networks and many other global corporations, they were planning evolution to models carrying significantly reduced office space.

I have a number of concerns with the trajectory we’re on, and I speak as no big fan of ‘the office’.

First, the potential for brain drain in our industry. Remote working does not just mean local, regional or national – it means international.

On returning to Australia from Singapore, my wife was asked by her company to continue working with the Singaporean team from home in Melbourne – something that simply would not have been suggested even a year ago.

If remote working becomes so easy that people don’t have to move countries, our best minds could be lured away far more easily.

Second, a far more competitive labour force exerting significant downward pressure on salaries. The brain drain out from Australia can of course work the other way – our industry can pull people from other markets into our market. When companies are able to do this at much greater scale than currently, and pay local market salaries, what’s it going to mean for those still in Australian based jobs?

Third, the as yet unforeseen psychological impact of WFH forever, even part time, on everyone, but particularly on younger people and those at risk of abuse. Are the obvious creature comforts associated with WFH really that great, longer term?

During the last two years I spent a lot of time in Hong Kong. Talking to my colleagues there, I was surprised to learn that young people in the office were desperate to stop WFH and return, with the cost, the commute and everything else.

My surprise evaporated when I realised that for these people, on starter salaries in one of the most expensive property markets in the world, their alternative – trying to work in a tiny apartment shared with extended family – was not tenable.

The same pressures don’t exist here in the same degree, and in the offices I’ve visited, WFH is still the vogue for the large majority.

For those who do want to come in – or maybe have to come in, for personal reasons relating to their home environment - they’re working from horribly empty office spaces, devoid of atmosphere.

Longer term, they’ll potentially be arriving at permanently empty, blank, lifeless spaces, no longer supported by companies as they once were.

What will the effects be longer term? I don’t know, but the potential for damage is there. As far as WFH goes, we should all be careful what we wish for.