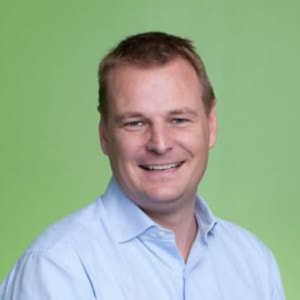 It’s poised to be the Aussie ratings standout of the year but over in the US, NBCUniversal is talking makegoods. So what did we do right that they didn’t? Ben Willee explains.

The Japan Olympics have been fantastic for Australia. What better way to work through lockdown blues than getting fired up about events you haven’t watched in four years… sorry five? Find me one person who claims to have tuned in to canoeing since the Rio games and I’ll find you a liar. Having said that, I loved every minute of Jessica Fox’s run.

And that sentiment has been reflected in the ratings which have exceeded almost all expectations. According to data from Seven, the average audience was up approximately 77% compared to the Olympics in Rio with more than 4.6 billion minutes streamed on 7plus.

The opening ceremony has been the most-watched program of 2021 so far with VOZ showing 3,847,000 people tuned in across linear and streaming devices. Only 2,953,000 watched the State of Origin the week prior.

I could go on but I’m sure you get my gist.

But looking at the performance of the Games in the US, it’s a very different story. Ratings for the opening ceremony declined approximately 36% compared with Rio. The US Olympics broadcaster, NBCUniversal, has started the dreaded ‘makegood’ conversation where networks deliver no charge activity to make good on a loss of expected ratings. Even though streaming of the Olympics in the US is up 24% compared to Rio.

I’ve been fortunate enough to do a few Olympic sponsorship deals during my career and my opinion is this: the most important variable is time zone. The east coast of Australia is 13 hours ahead of Rio and only one hour ahead of Tokyo.

Sure medal count and crowds make a difference, but there’s nothing like watching sport live.

People will stream sport live, but they are far less likely to catch up on sport in the same way they will other genres like drama. It’s virtually impossible to keep a big sporting event result a secret so you may as well watch it when it happens. Not to mention how incredibly easy it is to jump on a streaming app and watch it when it suits you, time zone permitting.

The networks bidding for future Olympics should bear this in mind.

My prediction is that ratings for Paris in 2024 will be low, ditto LA in 2028. But we can expect Brisbane in 2032 to be a ratings juggernaut, that is if we still have ratings and TV and BVOD in 2032 and we’re not simply streaming the games directly to our eyeballs.

Of course, the ratings are just one reason the networks bid for the games. Another is the platform programming like this provides for launching upcoming shows. In this sense, TV stations are their own biggest clients. It’s a strategy Nine uses to great effect with the Australian Open which kicks off the network’s year of programming with constant plugs for Married at First Sight, among others.

And on the final Sunday of the games, just before the closing ceremony, The Voice on Seven beat the premiere of The Block on Nine. The latter didn’t even crack a million viewers making it the lowest rating premiere of the show in more than a decade.

Will we see that number pick up when consolidated seven-day viewing figures become available? No doubt. But it’s still gotta hurt.

For now, the Olympics is over but with the games pushed back a year, we have the shortest wait time ever for our next chance to cheer on our athletes. Let’s hope we’re not still in lockdown then.

Ben Willee is the General Manager and Media Director for Melbourne agency Spinach.