Why the future success of banking lies in the underdogs 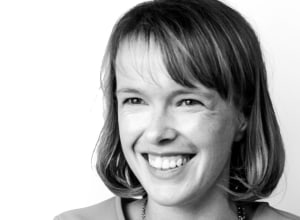 Since the Royal Commission there’s been plenty of discussion about the big four.

How can they recover their brand equity? Can they really reposition themselves? What will it take to win back the trust of an untrusting public?

All valid questions, however, instead of looking at how we minimise damage to the big four, I believe we should turn our attention to an area of the market that is poised to take advantage of the shake up; the Neo-banks.

Doing banking differently has never been so attractive, or necessary. Yet as many start-ups rush to fill the void left behind by the Commission, they need to find the key to shifting from an underdog to a genuine contender. To do this, we believe there are four key principles they must adopt.

We are tribal in nature. We famously don’t know why we do what we do, but we tend to do ‘it’ as a collective, and you can see this in action in all its glory on Twitter.

Plenty of organisations talk about standing for more – and this creation of purpose is crucial (more on this in a few paragraphs). Even what we love even more than a common goal is a common enemy. Someone to rage against, together, that collects us into a tight knit and like-minded community.

People are frustrated at the banks, and we want someone to come along, and tell us who’s to blame and what the alternative is.

How can a Neo do this?

Shed light on the true extent of the ambiguous nature of big finance, and then tell us what your business will do about it. Although be careful: you must do this boldly and not be afraid to make some big enemies (four, to be exact).

Nobody wants a battle cry that turns to a whimper.

Stand up for what you believe in

Standing against is a good short-term fix to clarify to your consumer what you are not, but the natural question will follow – what exactly are you?

It’s critical you have a genuine answer, one that isn’t just CSR jargon. A purpose that is grounded in the space where you have a right to play and where you can demonstrate true impact.

Bank Australia is one example of a relative newcomer doing this well.

Walk under one of their billboards, read about them in the press or interact with them on social media and you’ll soon see why.

They stand for clean money, and they’ve ensured this belief informs everything they do (and don’t do). ‘We don’t invest in the fossil fuel industry’ shouts one campaign example. Something that, if they did, would no doubt deliver short term commercial benefits, but if they did do this, would go against the foundational belief their business has been built on.

Clean money, a clear statement of intent, demonstrated at every turn, not a vague and complex declaration designed to appease the board and to offend nobody.

Which brings me to my next point.

The one thing the big four currently aren’t known for, is simplicity. They are complex beasts, beholden to legacy systems often with multiple competing brands and offers in the same portfolio.

This typically makes their customer experience complex, their communications convoluted and their offers hard to navigate.

For the Neo’s we suggest you embrace Marie Kondo, strip away the unnecessary and embrace tidying up.

Don’t have more brands than needed. Explain clearly and in simple language exactly what each product does and why you should (and even better, shouldn’t) buy it. Have a customer number that goes to somebody who cares about actual customers - and can help them.

Create a culture that allows mistakes to be made, but that then ensures lessons are learned from them. Be transparent in everything, from bonuses to terms and conditions.

Engage with customers, have humour when warranted, have an opinion, then own up when your opinion turns out to be wrong. Champion the people and the stories that exist beyond returns and interest rates.

Humans are fallible, as are companies. We can deal with mistakes, but as consumers we don’t tolerate lies. If the Hayne Royal Commission has taught us anything it’s that Australians will forgive, but they won’t forget.

The opportunity presented to the smaller financial players as a result of the Royal Commission is undeniable. In an industry that is drowning in a sea of bad reputational press, it’s the underdogs we now need more than ever. Although, if the underdogs are truly to position themselves as genuine contenders they must embrace the four principles we’ve outlined here: Define your common enemy, stand up and fight for what you believe in, embrace the simplicity in a world of complexity and celebrate the humanity within your business.

It’s still uncertain what the true lasting damage to the equity of the big banks will be, but whilst the rest of the industry is trying to reach the answer, the future success of the category at large may very well belong to the Neo-banks