Where does Twitter's responsibility lie in the Roseanne debacle?

In the media, there is no such thing as freedom of speech or expression. Yet time after time, social media platforms get away with publishing racist, vile bullshit and they are never held to account.

It’s time to change this nonsense. Hear me out.

Roseanne Barr, an actor I previously liked but have never met, comes out on Twitter to reveal her bigotry, possibly after too many whisky sours at a bar.

The problem is that instead of broadcasting this nonsense to a few drunk friends, she has taken to Twitter to spout her Planet of the Apes + Muslims theory of evolution.

Disney, the owner of ABC Entertainment, rightfully canned the show when reading this. So, too, did Australian broadcaster Network Ten.

Twitter did nothing, even though it was the platform that distributed her views to millions.

Roseanne, reeling in the crisis, deleted her own tweets after realising the damage they had done. She apologised with a hangover far worse than she probably imagined at the time. (I still don’t hate Roseanne because I don’t know her or what compelled her to say this).

If AdNews had originally published her tweets in an article as fact or in our comments section – we would expect litigation. If she wasn’t someone famous, it’s non-story, but she is and she has a huge platform to broadcast it.

As it is, when covering this issue, we rely on Twitter grabs from thousands of people calling her out for her stupidity.

The reality about 'democracy'

Some will argue that this is how democracy should work.

Actually, it’s not how it works in reality unless you are a global ‘tech platform’ that gets away from defamation liability because you call yourself a ‘tech platform’ and your lobby group spends more than any other lobby group influencing Capitol Hill not to change the status quo. (Initially, I had used another term instead of 'influencing' but removed it because a responsible publisher like Yaffa Media might be exposed to a defamation suit).

This is ridiculous. It’s not based on fact, but political nonsense. It's not democratic when certain companies can pretend they shouldn't have the same societal rules and regulations as others for pretty much doing the same thing. Remember who sets 'community standards' on social media platforms - hint: it's not the community.

If you propagate to massive audiences ‘user-generated free speech’, which potentially causes harm to others – whether it is hate speech, cyber bullying, terrorism, bigotry or otherwise – then you are responsible for the consequences even if you don't have those same views. The media gets pulled up for it all the time - Media Watch doesn't really cover social media, but maybe a version of it should.

And, Roseanne’s case is one of many. 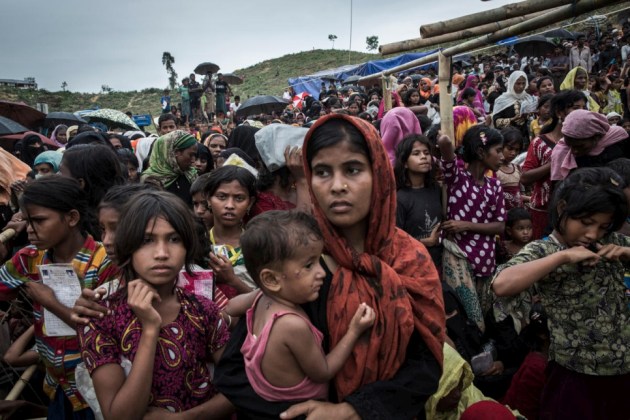 The Rohingya were forced to flee Myanmar and faced violence and hate sppech that was spread on social media.

In the past week, Liverpool goalkeeper Loris Karius has been sent death threats on several social ‘media’ platforms for making a couple of personal mistakes in his line of work that proved costly. I’m a proper Liverpool fan and it hurt, but not as much as the pain of watching a number of bullies, pretending to be my team’s supporters, abusing the poor 24-year-old.

In the past few years, Facebook has been used to spread hate speech and incite deadly violence against the Rohingya people in Myanmar, the Tamil population in northern parts of Sri Lanka and others.

Lives have been lost.

But not because Facebook actively caused the underlying racial tensions in these countries, but because it did nothing to prevent its platform from amplifying and spreading these toxic views.

I know this because I’ve spoken to people in Myanmar who have told me they’ve raised this with Facebook for years and received very little action to police it until recently.

Facebook is now taking this very seriously and employing Burmese speaking people to help identify and prevent this.

I applaud this, but even the majority of the state-endorsed Burmese media companies know where the boundaries of acceptable content and publishing lie.

The conundrum with this specific example is that Facebook is so widely used in that country because it provides ordinary citizens with the ability to share important information where state-run media under a military iron grip has failed.

This is where social media platforms genuinely provide a societal good - and an avenue for abuse.

But this can’t go on so a few global companies can avoid liability or the right level of responsibility.

Social ‘media’ platforms can no longer hide behind the fallacy that they are ‘tech companies’ when pretty much everyone who uses them knows they are self-use publishers.

Nor can media companies shirk their responsiblity for publishing responsibly. They should also be held to account when they spin lies and bullshit and act unethically.

News of the World, previously one of News Corp’s most read newspapers, learnt that lesson the hard way.

While making social media platforms legally responsible for the content they distribute won’t stop folks like Roseanne saying stupid ill-informed views – it can help prevent these views from causing harm and damage to the masses, rather than a few drunk people at the bar.

Twitter and peers should take a leaf out of the books of traditional ‘media’ companies that also use cutting-edge technology, like ABC Corporation and Network Ten.

*I use social media all the time to spread my own opinions and, ocassionally, nonsense. I would never spread harmful content but regularly challenge and call people out who do.