When it comes to brands, what 'good' can come from a crisis like the bushfires? 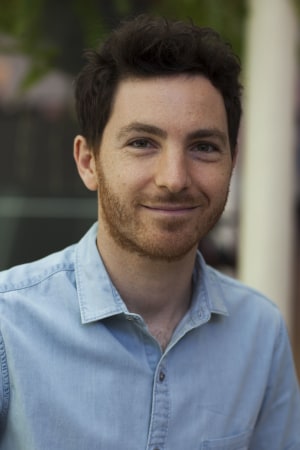 We hear it time and again in adland: consumers want to support brands that in turn support causes they themselves care about. Causes like gender equality, same-sex marriage and, of course, climate change. And while many brands do indeed purport to support these causes, their efforts often seem somewhat tokenistic: changing logos or posting banal videos on social media rank among the least inspiring examples.

It's only when we scratch the surface that we might discover more impactful efforts that are being taken. Head to the corporate social responsibility webpage of almost any big brand (if you can even find it in the first place) and you'll discover all manner of actions. From setting up and supporting foundations to major volunteering efforts, many of our best-known and most-beloved brands do far more than most of us realise.

But why is it bad to talk about doing good unless a disaster such as the bushfires is occurring?

While the bushfires (currently) qualify as a crisis rather than an ongoing issue, there are lessons we can learn from brands' responses that can be put to use on a longer-term basis. We’ve likely all seen the mixed reception to brands’ responses to the bushfires on social platforms. No amount is enough. No tactic is appropriate. No response at all and they’ll be vilified.

Here’s a common response on social media: If you’re truly attempting to help rather than boost your own public perception, why do you feel compelled to announce your efforts online?

In reality, it’s not quite that simple.

A brand publicising its relief efforts can have a positive knock-on effect on their rivals. As we know all too well, big brands are obsessed with their direct competitors. If brand X donates $1m, you can bet your bottom dollar that brand Y will be scrambling to match or exceed that amount.

Brands can also set a good example for us normal folk, especially when their efforts are designed to inspire or enable action on our part too. Easy in-store donation mechanisms or clothing donation points take the effort out of getting involved. In this way, brands can use their reach, resources and footprint to inspire the likes of you and me.

So what other 'good' can come from a crisis? We know it often takes a disaster to jolt people into action and reassess the status quo. Marketing teams should use the bushfires as an opportunity to think more broadly about the footprint their brand is leaving. And not just that well-known carbon one either – brands have the power to impact all manner of important societal issues. What will be the legacy of your brand? When we look back in decades to come, will you be on the right side of history?

Microsoft recently announced its ambition to be carbon negative by 2030. To not only capture all of the carbon dioxide it’s ever emitted, but by 2030 to draw down more carbon dioxide than it emits. That's truly an example of a brand considering its footprint and legacy. Moreover, that's a powerful case of a leading brand actually leading by example.

Brands like Thank You and Patagonia have built their businesses on the strength of their CSR efforts. Why aren’t other, bigger brands doing something similar? Why don't we view CSR as the major source of much sought-after differentiation that it could very easily be? Perhaps it's time to reconsider where the responsibility for CSR sits within an organisation. Rather than its typical placement within corporate comms or people and culture, should marketing get their hands on the reins?

There’s one more powerful impact that a crisis might have on brands. Crisis may just be the catalyst required to encourage rivals to put their differences aside and act together in order to aid something far bigger than themselves.

Crisis brings out the best in humanity. We’ve all heard the stories about previously unacquainted neighbours working together to clear debris or nanas knitting jumpers for injured animals. If regular folk can do it, why can’t brands? After all, one brand isn’t as powerful as every brand in that category.

Could energy retailers band together to ensure free power to every household, business and relief centre in affected areas? Could the big supermarkets help smaller rural stores keep their shelves stocked with essential supplies or even open collaborative pop-up stores?

Collaboration in this manner makes an important statement: a crisis is bigger than petty rivalry and headline grabbing. And let’s face it, if one brand invites another to cooperate, the pressure on that other brand to join in will be significant. Nobody wants to be the brand that said no to making a bigger difference than they could have made alone.

In 2018, Coca-Cola, PepsiCo, Asahi Beverages and Frucor Suntory announced a pledge to work together to cut the amount of sugar in products across their industry by 20 per cent by 2025. While the cynical among us may debate the reduction itself or their underlying motives, the end result of this collaboration is a positive impact on consumers.

In adland we often talk of brands acting less like big corporations and more like humans. A crisis of the scale and severity of the bushfires is an opportunity to put that thinking into practice. A chance to think less about the short-term impact on profit or what your long-standing rivals across town might be planning and more like that knitting nana or newly introduced neighbour. If these bushfires aren't enough to encourage brands to reassess the manner in which they operate, I'm not sure what is.