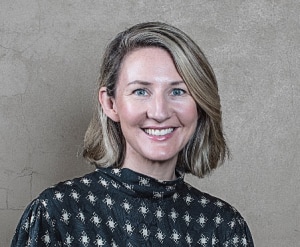 It’s been a long time in between IWD drinks. Last year we were celebrating our steps forward somewhat blissfully unaware of the COVID-19 curveball heading our way at full speed. Twelve months on the world has a new set of problems to solve. Brands have shifted their role in our lives. And parliament has recently confirmed our deepest concern - gender equality is firmly in crisis.

The UN site a major factor in achieving an equal future in a COVID world is increasing women’s access to leadership roles. Some argue COVID has taken us back a generation with women defaulting into care-taker mode at home. Yet last month a woman became the youngest self-made billionaire in the world. So, this year I #choosetochallenge this: Is access to leadership for women in our COVID world a physicality or a mentality? And what can you do to change it?

Right place, right time, right?
Access to opportunity in business is about where you are, not just what you’ve got. If you’re a senior woman in this industry, you already know this. Its why private school has fast become a business decision for parents. Why NOT having a golf handicap feels like a career one. And why many of my gun female friends in C-suite roles across other industries have learnt to drink like fish.

The effects of the pandemic were absolutely physical on many women with countless female nurses and health care workers losing their lives on the front line. But when I talk about physical barriers here, I mean the tangible stuff stopping us on the path to leadership. Putting access to girls’ education aside for a whole other conversation, let’s look at what ‘access’ means now in 2021 for women on the cusp of leadership and those fighting to stay there.

Staying in the game
For Australians with university degrees who lost their jobs last year, nearly three times as many were women than men. As lower paid and casual jobs were cut, more women were out. And again, as schools closed, it was women who chose to quit more jobs to cope with the new demands of teacher, carer and housekeeper. McKinsey’s report of March 10 states ‘Women in the workplace have never opted out of work more so than men until 2020’. In fact, one quarter of corporate American women looked to downscale their careers compared to 1 in 5 men. Got kids under 10 years? You’re 10% more likely.

Australia is going backwards too. Even the women who did keep their jobs were recorded to have taken on additional household responsibilities in lockdown over men. Basically, sacrificing their own career prospects for the financial security of their family (and generally better paid male partner.)

It’s practical in a global crisis. I get it. What I find more concerning however is that this is becoming the next normal for women. Given the choice to return to the office this year, Australian women have predominantly chosen to work from home in droves, physically restricting themselves from being present in the workplace. Reducing that live chance to capitalise on opportunity. Why? We’re sick of old school networking? We’ve found better ways to build relationships? We’d rather not get sexually harassed. Or we’re just plain tired of it all? I would not blame anyone who is. It’s been tough. But with 100 years till we reach gender equality and a PM that needs to ‘phone a woman’ during his gender equality quiz, ladies we’ve got no time to lose. What’s your mentality on that?

The stay at home new-age working Dad
Let’s start with an upside of COVID a year in. It’s done a great deal for a women’s wife potential. Yes, I said wife. Regardless of the sexual relationship you’re in, ‘wife’ refers to the primary care giver and homemaker. If you’re any woman or man for that matter in leadership and have not read Annabel Crabb’s, The Wife Drought, treat yourself now. It’s not new but it’s brilliant because it puts men in the equity equation. Annabel says:

In Australian workplaces, 76 per cent of full-time working dads have a ‘wife’. Three out of four. But among mothers who work full-time, the rate of wife-having is much lower: only 15 per cent. Working fathers, in other words, are five times as likely to have a ‘wife’ as working mothers.

Working from home or being the primary carer for men was the cause of social and professional ridicule. Until now. THANK YOU COVID. Sure, less women were working in Australia last year. But more men are now working from home in some capacity. Dropping off kids. Whipping up dinner on a con call. Unpacking that dishwasher. And just quietly many are loving it. (Maybe not the dishwasher part). Even if this is not happening in your house right now, the point is it could be.

A world of more Whitneys
Many women do believe COVID has empowered them. Technology has enabled them to do more. New-found household flexibility makes their hamster wheel of a life sustainable. Sure we’re doing more housework, but we’re having dinner with our kids and the mother guilt is at an all-time low. No small thing.

COVID sent e-commerce ballistic. Another positive. McKinsey reports last year new companies have scaled to market in just 16 weeks. The start-up world is full of chicks solving the problems of our COVID world their own way. And nailing it. Whitney Wolfe Herd is a prime example. Not because she is rich and successful. Because of her mindset.

We’re not all Whitneys. I get it. Of more interest is the conversation surrounding her successful IPO and so many women’s open lack of belief in her and her business early on.

I find this believable and unbelievably frustrating. I’ve taken the Implicit Association Test (IAT) test developed at Harvard myself. Even as a forward-thinking mother of two girls and a true believer in the potential of women, my results say I’m biased. Against myself! I think I can lead but at the same time I don’t, implicitly associate myself in a leadership role. What the?

Even my mother who raised four kids pretty much by herself, has been financially independent for the past twenty years and has worked all her life, made a comment to my horse-riding obsession ten year old last week. “Well, if you want to own horses, you better find yourself a rich husband.” I love my mum but golly I could not plug that hole fast enough with, “What Nan means to say is, you better work hard at school to find what you love so you can make a ton load of money yourself.”

It’s NOW or nothing
All of this is heart-breaking and inspiring. And why I’m writing this late after sorting out sick kids. Women, we are on a leadership deadline. If women everywhere don’t make our minds up to reduce these barriers any way we can NOW, we’re undoing everything that every other woman has done to get us this far. Victoria Curro, MD at R/GA wrote earlier this week, the younger generation are coming in strong. They won’t tolerate the crap we have. I agree.

So, if you’re a woman in marketing or advertising and are leading a company or brand, or want to be, know we need you. You might be exhausted, but the world needs you. Our prevailing state of misogyny needs you. The next generation of female leaders need you too, without knowing it yet. Don’t be the one to make it 120 years.

The simplest thing you can do is show up at work. Two days a week or full time. In the office or at home. Running three companies all by yourself. Whatever. Rewrite your own rules. But you’ve got to be in it. Your story is a physicality that could shift more mentalities.