What marketers can learn from wrestler John Cena at Cannes 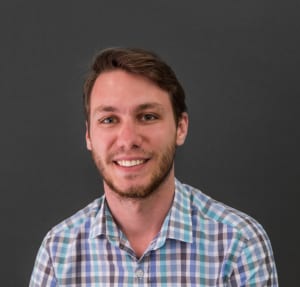 Each year News Corp runs a Young Lions Competition as part of the 63rd Cannes Lions International Festival of Creativity – with three winning teams scoring flights and tickets to the event in France.

The winning duo from the media industry were Nelson Demartini and Roisin Rafferty from UM and Carat in Queensland.

They spoke really articulately and really insightfully. In Chinese.

To be honest this was surprising to me. But it really shouldn’t be.

WWE is one of the most successful entertainment brands in the world. It reaches of 650,000,000 homes in 25 languages. That’s more than twice the population of the United States.

And so engaged are these audiences that they are willing to pay for it and have been for decades. WWE were the first to put their content behind a paywall in the 1980s with pay per view and this model continues to be successful today.

And what’s the secret to their success? Every single detail of the content is meticulously curated.

Growing up as a boy there are two major shocks that rock your entire worldview. The first is finding out Santa Claus isn’t real. The second is finding out wrestling isn’t. The amazing thing is that knowing it isn’t real doesn’t take the magic away. It adds to it. You end up respecting the care and thought that goes in to the fiction. In exactly the same way you appreciate the cunning and massively elaborate fiction your mum and dad orchestrated to make Christmas Day the best day of the year.

Every fight in the WWE is choreographed. Every line is scripted. There are assigned good guys. And there are assigned bad guys. You know who to like and who to hate. Everything is calculated to appeal. Sure it’s all a bit silly. But people 650 million people love it.

So what can marketers learn from the WWE approach?

It seems simple but so many marketers get too heavy handed with the brand messaging or assume that viewers want to consume the same things they do. WWE makes content its audience wants to consume by asking them. It employs a team of marketing analysts and data professionals to gain a deep and insightful understanding of its fans and the sub groups within those fans They do this through regular surveys to their database and monitoring the social media conversations and use this knowledge to shape storylines and determine which superstars will sell best in the spin off paraphernalia like T-shirts and DVDs.

Once you know someone, surprise them

WWE then take this knowledge of its audience to another level by using it to surprise. The most insightful lesson from WWE is that to surprise someone you first have to know them. It’s only when you know what they expect that you can deliver the opposite with certainty. WWE have such a deep understanding of their audience that they are able to regularly delight with stunning upsets.

Speak to your audience in their language

I don’t mean make sure your corporate comms don’t come across to corporate (though the WWE are great at this too, using each social channel as a natural extension of the stories). I mean actually learn to speak Chinese. John Cena saw that the best way to grow their already massive fanbase was China. So he learned to speak Mandarin.