What does Cannes tell us about the future of social and influencers? 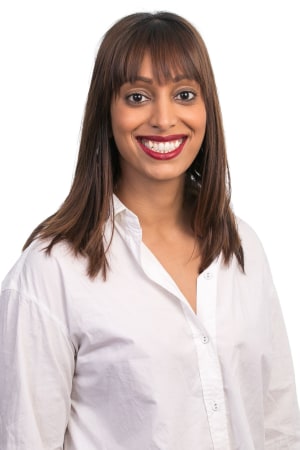 A few weeks ago, as the only Australian judge I shifted through 400+ entries in the social and influencer category of Cannes Lions, excited to see the best in creativity across the world. The Social & Influencer Lions celebrate creative social thinking and strategic influencer marketing solutions.

I may not have gotten to complete the judging while sipping rosé in the south of France, but it was still a fun and an inspiring experience, which afforded me new insights into the latest trends as well as an inkling on the future direction of this ever-growing form of marketing.

So, what did I learn?

1) Creativity through COVID made us smile
The COVID crisis unfolding around the world drove innovative thinking from brands and creatives. You could see the hustle come out in people and brands. We saw virtual car shows, baking bonanzas, workouts at homes, hair colouring at home with celebrities and even theatre, gallery and museum experiences carried out virtually. The industry is to be commended for making us all smile and continuing to engage us while news bulletins spoke of the doom and gloom of COVID.

2) Culture drove social and influencer work
The beauty of social and influencer campaigns is that they are rooted in contemporary culture and therefore much more likely than traditional advertising to connect with audiences. Some of the best examples are across gaming, esports and Twitch. The work being done on Twitch was phenomenal. #PauseToRemember #BringIt.

A standout campaign was #PauseToRemember. On Remembrance Day 2019, the Royal Canadian Legion, a respected organisation that supports military veterans, rallied the top video game streamers worldwide to #PauseToRemember our veterans with a moment of silence. The world’s top streamers showed their support online to carry on the Remembrance Day tradition that generated significant earned media coverage and increased awareness of the Legion’s vital work to a younger generation across Canada. The initiative was recognised by mainstream media, as well as tech and videogame specialist press, as an effective way to reach their audience with the important message that War Is Not a Game.

Another great gaming example was The Uncensored Library for Reporters Without Borders, which won Gold.

3) We saw an uptick in the connection of the real world to the world of social
From products, packaging, events, sponsorships, activations and more, it was refreshing and encouraging to see partnerships driving social ideas and content for brands.

An example I loved was the Google Pixel 4 x Domino’s partnership. Google showcased the hands-free features of its latest smartphone by partnering with Domino’s Pizza on an unconventional campaign. Google sent the Pixel 4 smartphone in specially designed pizza boxes, delivered by Domino’s, to more than 50 influencers, along with instructions on how to use voice commands and physical gestures to operate the Android-based device.

Instead of talking about the usual tech specs, influencers demonstrated the Pixel’s unique features on social media – and fans responded by asking how they could get their own Pixel 4 with a pizza.

4) Celebrities used their power for good
We saw some great examples of high-profile celebrities in the US using their social media reach for good. Julia Roberts, Hugh Jackman and others handed over their social media accounts to COVID-19 experts for a day encouraging Americans to stay safe – showcasing the power of ‘influencers’, especially over government organisations.

In another great example, the Chicago Public Library called on some of Chicago’s most famous library-loving friends to create breakthrough content – transforming the library’s Facebook page from a quiet place where events were announced into the place for children to go for digital story time.

For 30 minutes every Monday through Friday, celebrity influencers like Oprah, the Obamas, Kristin Bell, Matthew Broderick and Jane Lynch read from their favorite books. Once the Obamas committed, other talent just flocked in to be part of it.

But where brands used influencers in their true sense was where the magic happened – whether that was turning to their employees, the gaming community or letting social media influencers drive PR, the opportunities and engagement that flows from genuine influencer marketing is fresh and original. I’m excited to see how this space evolves as the power shifts from creatives to influencers and how they create for their community as opposed to how an ad exec tells them to.

We have more influencers per capita in Australia than anywhere in the world, so it was surprising that there were no Australian winners in the Social & Influencer category at Cannes. A whopping 74% of Aussies come to Instagram to connect with influencers so I’m looking forward to more Cannes-worthy Aussie campaigns in 2022. The audience hunger is there, so let’s feed it!

Among this year’s winners – Burger King and Reddit both scooped a Grand Prix for their Social & Influencer campaigns – the Burger King Stevenage Challenge was one of my favourites and will no doubt inspire plenty of local creatives. Catapulting off an amazing insight, idea and understanding of hacking the system, it had gamers talking about Burger King (and eating burgers) all over the world.

If you haven’t come across it, Burger King’s Stevenage Challenge campaign invited FIFA 20 gamers to complete challenges while playing as Stevenage FC (a soccer team in the fourth division of English football, sponsored by Burger King) in return for prizes. The campaign, created by David’s Madrid and Miami offices, also won a Grand Prix in the Direct category at Cannes.

Also a worthy winner, Reddit’s SuperbOwl ad “Blink and you’ll miss it” was a text-heavy TV spot that was only five seconds long – designed by R/GA to look like a technical glitch in a bid to intrigue viewers enough to want to pause it and read the brand’s message.

What both Burger King and Reddit showed us was that thinking outside the confines of what’s been done before pays off with audiences. And that’s what’s so exciting about the influencer and social space – the possibilities are endless.