Viewability is a gateway, not a panacea 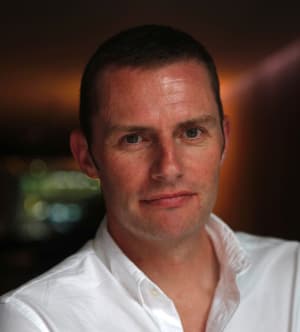 Questions around the viewability of ad impressions really took hold in the market over the past 18 months when it emerged that around half of all served ads never had the opportunity to be seen.

Despite the arrival of new adtech and formats, viewability still poses problems today – only 42% of display impressions served in Australia were viewable between October and December 2015, according to Integral Ad Science.

These measures are based on the standards defined by the IAB and the Media Rating Council overseas. Under these standards, advertising is deemed “viewable” when at least 50% of its pixels are in the field of view for at least one second.

At InSkin Media we have been working on viewability for the last year and several issues arose as we began to dig into it.

First, methodologies for measuring viewability vary wildly between vendors. Tests we ran with our own formats across leading suppliers delivered results as low as 5% and as a high as 85% on the same campaign.

Second, the standards established cover only ‘standard’ formats and not custom formats, despite the huge growth in this area of digital display.

Finally, we realised that regardless of the results, viewability standards can’t assess the real impact of advertising on the consumer.

Three months ago we launched our global viewability partnership with Moat. Campaigns in 19 markets have had ‘viewability’, ‘in-view time’ and ‘portion of impressions over 60 seconds’ measured as standard, and at no charge to the advertiser.

So, what have we learned?

First, premium publishers offer the highest levels of viewability. That in itself raises issues as only a small portion of inventory can be bought when looking for 60% to 80%+ viewability. In EMEA, inventory available at the 60% viewability threshold is below 20%. This drops as low as 3% at the 80% mark according to Quantcast, which means the market needs to manage its expectations.

Second, the discussion is evolving. For brand advertisers, whether the ad was actually seen is crucial to defending and growing the investment. The adoption of benchmarks that sit above current IAB standards by the main agency players is a great outcome from the first quarter of this year. Interest in meaningful questions such as ‘how viewability varies by platform?’, or ‘how long a person needs to spend with an ad for it to make an impact?’, suggest we are moving towards new territory.

Third, we’ve heard talk about replacing the existing trading model based on served impressions (CPM) with a model based on viewable impressions (vCPM). But without a consistent methodology between vendors for measurement, the vCPM model seems unlikely to fly for the majority of trades. We found that 80% of senior executives interviewed by media owner consultancy FaR Partners for our Digital Leadership Viewability study are sceptical that vCPM will prevail.

Viewability is ultimately a gatekeeper discussion. For an ad to engage it needs to be seen – and viewability is the prerequisite for this. But the ability to be seen is not a measure of the quality of creative or the ad’s impact. Industry feedback suggests that addressing metrics such as ‘time spent with the brand’, ‘recall’ and ‘recognition’ will help marketers plan far more effectively in future.

As brand dollars continue to shift away from TV and print, and into digital, the demand for a new generation of metrics will increase sharply. Without doubt, digital will continue to lead the way when it comes to informing marketers’ understanding of how their spend is generating ROI.