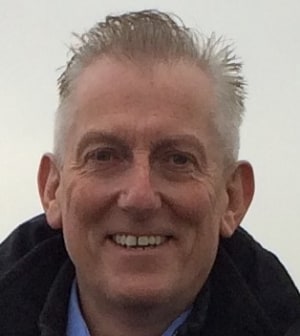 With the August Bank Holiday now in the rear-view mirror, the English summer tans will quickly fade. The effect will be softer this year, given the COVID-led trend for cool-climate staycations. But, for the City of London the holiday is over. As someone said, Hitler sent us the Blitz and before that the Black Death and Queen Boudicca. They all aimed to conquer but there remains a spirit that just won’t be vanquished.

This September the reawakening of 2021 is in full flow. Since most restrictions were lifted in July the retail bounce-back has been particularly robust, and fears about the virus taking off again have been largely unrealised. There has been an increase in infections but hospitalisations have largely been confined to the unvaccinated and younger demographic. Mortality has been managed through the warmer summer months and balanced against tourism and hospitality which have sprung back well. “Steady as she goes” has been the order of the day and although travel has resumed for those committed to European holidays, only the double vaccinated and those willing to pay for extensive testing and tracking have the choice: “Its worth a shot”

A century ago, H.G Wells noted in The War of The Worlds that London is the eternal City. But Westminster is wringing its hands, deliberating about how to claw-back the enormous cost of social care resulting from the pandemic overload. The financial community of The City is debating debt reduction without triggering the market crash that the Russian Central Bank has predicted for Q1 2023. Over in the West-End the advertising and TV industries are just as uncertain about how to put their best foot forward.

So many corporations have seemed like ghost ships steered by captains working from home. Now it's like someone switched gravity back on after a year or two of weightlessness. Critics say that TV has become a freakshow, as autumn heralds its new season. The BBC news has become addicted to the drama of “crying heads” and is struggling with impartiality amid its war with Westminster. There were high hopes for new entrant GB News, led by an industry renowned Aussie expat, but although its early days, it is a bit light on…well, news.

There’s not much sunshine on ITV, Sky and Channel 4 either. That is unless you prefer the “reality” of the Botox addicted teenagers on Love Island, Married at first sight or the truly disturbing Naked Attraction. Obviously, the pandemic has been a force multiplying event in so many ways, good and bad. It has accelerated streaming but there are emerging signs that SVOD video-on-demand has already reached a tipping point with rising churn and falling revenues for streaming platforms in their pre-profit phase.

That old expression “appointment to view” coined last century is back, as is “Event TV” as broadcast commentators breathlessly discuss the phenomenon of mass-watching as millions navigate each episode of Line of Duty, Vera or Succession simultaneously. The arts sector has suffered more than most during the pandemic and creativity continues to be a casualty. Recently ITV announced a move away from its costume drama staples towards low-cost “semi-factual” dramas about front line workers. While this respect is laudable, humour and charm appear in short supply. Still, drama could feature in the boardroom of ITV if regulators allow its backers to add Channel 4 to their portfolio. And Westminster’s data privacy regulators are grappling with managing the social fall-out of limited content censorship while also working to cap the big-tech profiteering of personal data in the post-cookie era. The Australian Government’s tough response to Facebook’s determination to re-broadcast unlicensed news content has been a game-changer worldwide. Consequently, British and Australian broadcasters are working together through A-UK vendors like Covatic to protect personal information from ad-tech (FAANG) profiteering.

Thankfully spectator sport is back in the UK and the colour of the Euro’s, Formula 1 and Wimbledon were universally enjoyed on mobile and TV in Australia and the UK. It seems that most sports are keen on a positive reset and even in “war-torn” Kabul, crowds are back for a Twenty 20 Cricket fixture in the morning sunshine. If idle-hands create mischief, lockdown has spawned disruptive breakaway leagues in many sporting codes creating highly remunerative dreams for their founders.

The much-heralded Australia-UK Free Trade Agreement holds great potential for the post-Brexit era and already supermarkets and bottle-shops are showing the beginnings of a six-fold increase in Australian wine exports to the UK. Change is proving slow to materialise in the logistics sector, but again A-UK expertise from Australian consultants GHD is helping find better ways to market while Aurrigo is supplying autonomous solutions between Adelaide and Coventry. The post-Brexit era is no stranger to skulduggery and the great Diet Coke and bottled water shortage of 2021 has been rumoured to have been a cynical marketing ploy in league with McDonalds. Political ploys are just as common as hauliers lobby for the return of cheap EU drivers. IT sabotage has also been blamed for supply chain delays impacting vaccines. The logistics experts predict a long-awaited return to rail freight, freeports and shorter supply chains as environmental silver bullets.

Travel restrictions haven’t been all bad as English residents rediscover the charms of their nation after a lifetime of trips to sunny Spain or Greece. And uber-cool undercover graffiti artist Banksy was similarly affected. “Banksy’s Spraycation” has created an unexpected mini-boom in tourism across down-at-heel small seaside towns up and down the East Anglian coast. COVID has also forced the public to take stock of what they have.

Amid booming tourism, the Dubai heavyweights are back for their annual cool-climate breaks away from their desert sun. But even they have cut back this year and left their million-pound supercars at home, eschewing their usual parade outside Harrods for Instagram photoshoots. And London waits with baited breath for news of Australia’s own accelerating vaccine programme. If Qantas and PM Scott Morrison allow Christmas Shopping and family re-unions it could yet be a Happy Christmas…

The received wisdom from the scientists is that COVID is here to stay, but they are confident that measures including vaccinations can effectively manage the threat. So, to take a positive view we are nearing the end of the beginning.

Predictions are high-risk. The art of analysing available data and developing insights is probably above my paygrade. There are some signs that the UK is further along the curve of recovery but Australia, with currently subdued consumer confidence may well take heart. If, as widely forecast Australia will hit 80% vaccinations by mid-November, history suggests that consumer confidence will bounce-back, fuelled further by increased household savings and appetites grown during lockdown.

It’s going to be a busy spring and summer for advertising leading a spring-back across all retail, e-commerce, hospitality and travel/tourism. Service industries will be overloaded with a demand for re-setting pre-covid processes and systems. And it won’t just be corporate health, the wellness sectors in particular can be expected to boom as we look within for mental and physical healing. The UK’s plant-based and CBD formulations market-leader, Dragonfly Biosciences has opted to list on the ASX this Australian spring, such is their faith in the coming market positivity, with covid potentially a force multiplier.

Clearly then, how the world re-imagines the fourth quarter of 2021 is likely to go on to define the 2020s ahead.