The secret weapon to safeguard against the Great Resignation 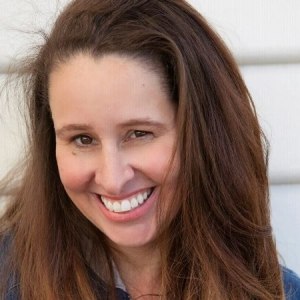 After two long years of COVID restrictions and working from home, some agencies are about to be kneecapped by the Great Resignation. But Melbourne agency Hatched has a secret weapon to help it weather the storm. Virginia Scully explains.

By now, you’ve likely read a dozen articles about the pending ‘great resignation’ and if you work in the media industry, you’re likely already feeling the pinch of the talent crunch. IAB Australia's recent Industry Talent Report found 28 per cent of organisations have increased offshoring as one in 10 jobs are currently vacant, more than double last year's rate.

With a young workforce and culture being a major driver for recruitment and retention, ours is a sector that’s going to be particularly vulnerable in the coming months. Staff holding out on taking annual leave during lockdowns will bite hard in 2022, particularly for those with younger employees who have ambitions to head overseas.

So what can we do to protect ourselves?

There’s been a flurry of activity in recent weeks as agencies redefine flexible working, leave entitlements and even attempt to lure home Aussies abroad.

At Hatched, we’re taking a different approach. One that began at the start of the pandemic.

With more than half of our employees in their 20s and 70 per cent of the global workforce slated to be made up of millennials and Gen Z by 2030, having our talent co-create what the future looks like makes a lot of sense.

Following conversations with staff about ways for the business to be more transparent, in early 2020, we introduced the Shadow Board.

Made up of six staff members with one to five years of tenure at the organisation, the Shadow Board is empowered to advise on everything from the onboarding processes for new staff to how we reward performance.

The members of the Shadow Board bridge the gap between the executive team and the rest of the organisation ensuring the culture isn’t dictated from the top. In the words of the Shadow Board, they ensure everyone in the agency has a voice. A group of people that will fight for each other.

To come up with their recommendations, the Shadow Board has control of employee experience platform Culture Amp and they use it to source and mine data about the optimal operation of the business.

The result so far has been a range of wide-scale changes within the agency from pressing pause on pitching for new business to addressing resourcing issues and planning our new office space required to house the team which has almost doubled in the past 12 months.

As Melbourne’s sixth (and hopefully final) lockdown ended, the Shadow Board defined our return to the office plan as well as our working from home policy. Given their perspective on the business, their recommendations are more effective than if senior management had made them.

Building on the foundation of the Shadow Board, the agency now has a Belongings & Connection team that guides our approach to diversity and inclusion, a social team that plans events and a health and wellbeing plan, all developed and led by the future leaders within the organisation.

Will it help us weather the storm? We reckon it will.

Right now, our retention rate is 93 per cent compared to the industry average of 77 per cent as measured by the MFA 2021 Census. And our Culture Amp stats tell us that 96 per cent of the team would recommend Hatched as a great place to work.

In the words of our Media Manager Kimberley Leopoldo said: "It's a big statement to make but I can't anticipate many people leaving Hatched because there are so many different initiatives that entice people to stay. Things like the Shadow Board, knowing you have a voice – a group of people that will fight on your behalf."

Virginia Scully is the People & Culture Director for Hatched.